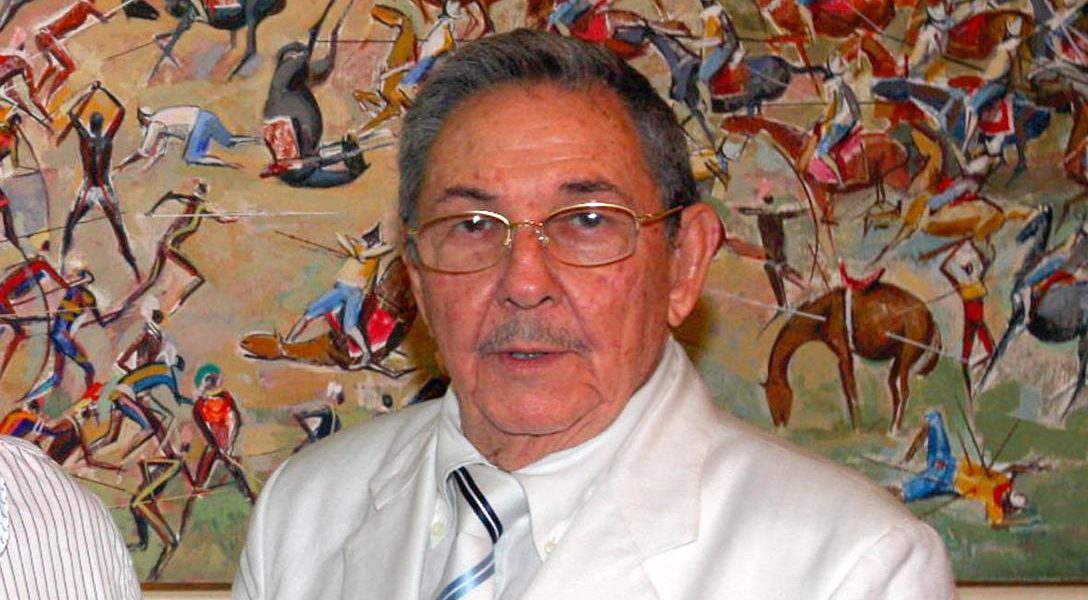 Iranian President Hassan Rouhani said the people of his country viewed the recent Republican presidential debate as a “form of entertainment, if you will, and found it laughable.”

Multiple GOP candidates have said they would rip up the nuclear agreement between Iran and six global powers. Rouhani, who actually can’t keep from smiling during the interview, said he believes “most of these are political slogans at best.”

He also ridiculed the foreign policy expertise of the candidates.

“Some of them wouldn’t even know where Tehran was in relation to Iran,” he told CNN. “Some of them didn’t know where Iran was geographically, not distinguishing that one is the capital of the other.”

Attempts by the Chinese Communist Party and President Xi Jinping to rewrite the history of World War II this summer have incited a flood of incendiary memes and reactions on Chinese social media….

“[A] controversial movie poster for the Cairo Declaration [a meeting between Franklin Roosevelt, Winston Churchill, and Chiang Kai-shek] featured Mao prominently and was accompanied by a trailer that opened with the chairman saying, ‘The task of communists around the world is to oppose fascism through struggle.’ Chinese citizens and culture critics alike were quick to point out that the poster and trailer both falsely suggest that it was Mao who fought for Chinese interests at the conference, rather than Chiang [Kai-shek].

“In response, Twitter users and members of the Chinese social network Weibo created their own versions of the poster. In place of Mao, many crafty graphic artists photoshopped in the faces of political figures like North Korean leader Kim Jong Un and President Xi, along with those of every day citizens and even pop culture icons, such the yellow minions from the Despicable Me movie franchise. One online commenter stated, ‘Let Mao be a part of the conference, it’s not like the rest of our history is real anyway.’”

Investors Are Mining for Water, the Next Hot Commodity (Russ)

“ ‘Investing in the water industry is one of the great opportunities for the coming decades,’ said Matthew J. Diserio of Water Asset Management, a New York firm that is a major backer of Cadiz. ‘Water is the scarce resource that will define the 21st century, much like plentiful oil defined the last century.’ …

“… or Adam Scow, California director of Food and Water Watch, a nonprofit environmental group that opposes the desalination project, any private control over the water supply is too much.

“ ‘Water is a public trust, and it shouldn’t be privatized,’ Mr. Scow said.’It can’t be managed for the benefit of a few people like Poseidon’s investors. The rates are unjustified.’ ”

If Advertisers Won’t Talk to You Because Your Site Has No Audience — Just Buy an Audience! (Gerry)

“Increasingly, digital ad viewers aren’t human. A study done last year … embedded billions of digital ads with code designed to determine who or what was seeing them. Eleven percent of display ads and almost a quarter of video ads were ‘viewed’ by software, not people.

“Fake traffic has become a commodity. There’s malware for generating it and brokers who sell it. Some companies pay for it intentionally, some accidentally, and some prefer not to ask where their traffic comes from.

“It’s also common for publishers not to tell their advertisers when they’re buying traffic, ….”

“[O]ur clients have spent over a decade now fighting for their day in court, seeking compensation for the ways in which their lives were completely destroyed, in the hopes that that would allow them to sort of put their lives back together again, to get over what has happened.

“Can we hold noncitizens to a different standard of justice than citizens? Does the fact that an individual is out of status mean they can be swept up and treated abusively in the hopes that maybe they might somehow have some information to share?”

Turnabout is fair play. After Rep. Steve Russell requested documents detailing the performance of the first women to pass the Army’s Ranger School, a number of female West Point graduates are now seeking access to the Oklahoma Republican’s own Ranger School records, the Army Times reports.

“The Rangers have a code similar to West Point, that you do not lie,” Sue Fulton, who was one of the first women to graduate from West Point, said. “The congressman’s implication that Ranger cadre at every level have been dishonest is offensive and goes against our core values.”

Last month, two women made history by passing Ranger School. Their achievement caused some to speculate that the standards for the female soldiers were watered down in order to allow at least one of them to pass.

“In order to ensure that the Army retains its ability to defend the nation, we must ensure that our readiness is not sacrificed,” the lawmaker wrote to Army Secretary John McHugh, requesting that the Army release several documents related to the performance of the women who participated in Ranger School this year.

“If he thinks that Rangers lie and standards are arbitrarily ignored, maybe that was his experience,” Fulton responded. “Maybe we should look into what his experience was.”

Toxic Chemicals in Furniture — Why No National Regulation? (Russ)

A new California law removes the requirement for ineffective, toxic fireproofing materials — and will likely reverberate nationally. But no regulations ban those toxic flame retardants, which show up in humans, especially in children.

The Last Days of US Airways (Russ)

What to watch for as an airline disappears.

Mozambique Was Once Riddled With Tens of Thousands of Land Mines. Now, It Has None. (Russ)

Globalism Made the World Bland (Kristina)

There’s a fascinating montage alongside the text of an online interview with the famous Dutch architect Rem Koolhaas in a March 2014 issue of The Guardian. It consists of two sets of photos of buildings in six  cities around the globe — black-and-whites taken in 1914 and color shots snapped in 2014. The 1914 photos show unique structures in each of the cities (in Switzerland, Italy, Saudi Arabia, Russia, Nigeria, and the UK) that reflected their regional context, while the 2014 photos feature a glass-clad skyscraper in those same cities. The image serves to highlight the new global culture we live in: Instead of celebrating native designs and diversity, we have converged into uniformity. Indeed, today one can expect to find glass skyscrapers in every town and metropolis on Earth.

Happy Birthday to … Us! (Russ)

“A California federal judge ruled Tuesday that ‘Happy Birthday to You’ does not belong to the mega music corporation that has long claimed it. Instead, the world’s most popular song belongs to, well, the world.

“The ruling brings to an end an intense two-year legal standoff between a handful of independent filmmakers and massive Warner Music. It also throws into doubt as much as $50 million in licensing fees collected by the music giant over the past 27 years, raising the possibility of a class-action lawsuit to come.”