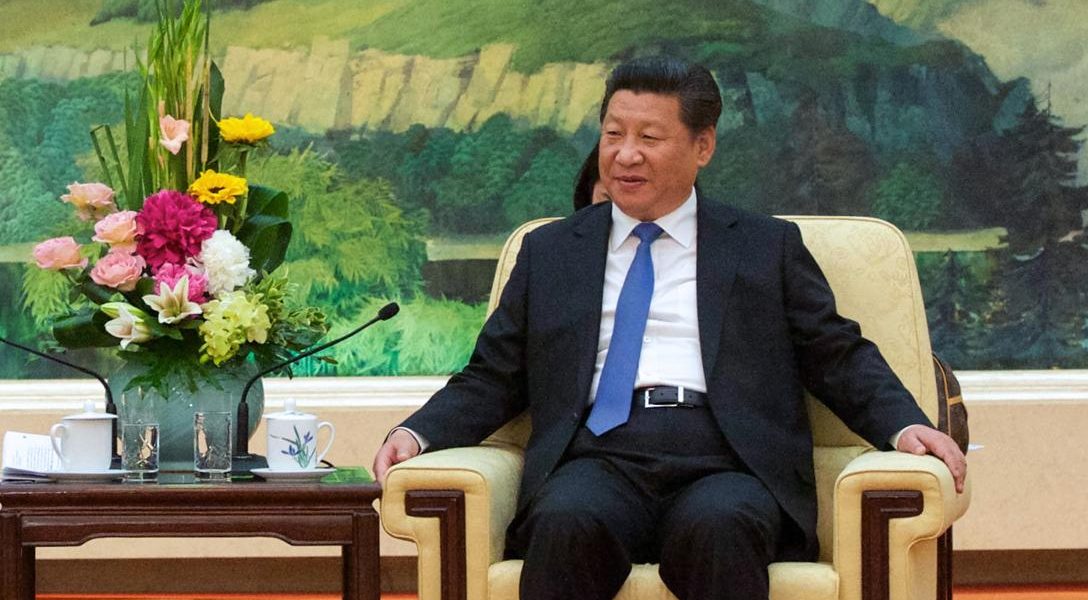 Chinese President Xi Jinping is visiting the US at the same time as Pope Francis. Photo credit: DoD photo by Erin A. Kirk-Cuomo / Wikimedia
Editors' Picks

“It is hugely important,” Sanders [said]. “It is helping us significantly turn the tide. When you have the leader of the Catholic Church telling us that we cannot continue to destroy God’s planet, and that we have got to move in an aggressive way to transform our energy system away from fossil fuel. That is a profound statement which I see already having a significant impact on the debate.”

“A New York Police Department Deputy Inspector served in the US Army military command in Iraqi at the notorious Abu Ghraib prison at the same time human rights abuses were being committed there, an investigation by the Gothamist discovered.

“The officer has a reputation for using aggressive tactics against street protesters.

“Deputy Inspector Andrew J. Lombardo is well known to New York activists for his seemingly arbitrary arrests and intense questioning techniques, but what they may not know was that he was part of the military chain of command at Abu Ghraib.”

To help companies navigate this new landscape, a number of academics and labor advocates have urged a so-called good-jobs or high road approach, in which companies pay workers higher wages and grant them more stable hours, then recover the costs through higher productivity and lower turnover.

Even in service sectors where stores compete aggressively on price, “bad jobs are not a cost-driven necessity but a choice,” concluded Zeynep Ton, who teaches at the MIT Sloan School of Management. “Investment in employees allows for excellent operational execution, which boosts sales and profits.”

And yet, as Professor Ton is careful to point out, it is easy to underestimate the radical nature of the change required for a company to reinvent itself as a good-jobs employer, even when the jobs it provides are not necessarily so bad.

Coal Mine Starts Are Down — Good News for Environment (Russ)

“The number of new and reactivated coal mines that began production in 2013 fell to the lowest level in at least the past 10 years. The addition of 103 mines in 2013 came as 271 mines were idled or closed, resulting in a 14 percent decline in the total number of producing coal mines from 2012 to 2013. The 2013 total was 397 fewer coal mines than in 2008, when coal production was at its highest.”

“The kingdom’s minority Shia community — who have often complained of mistreatment by the Sunni royal family and even launched an Arab Spring-inspired protest in 2011 for greater rights — has followed Nimr’s case closely.

“The 54-year-old cleric, an outspoken critic of the Saudi government and advocate for Shia rights, was arrested in July 2012 after being shot by government security officers. He was charged with firing on security forces, disobeying the royal family, sowing discord, undermining national unity and interfering in the affairs of a sisterly nation — assumed to be Bahrain….

“Prosecutors sought and received a punishment of execution followed by crucifixion as punishment for Nimr’s alleged offenses. In Saudi Arabia, most death sentences are carried out by beheading. Crucifixion in this context means the body and head would be put on public display to serve as a warning to others….”

Frank Rich: Is Trump Both a Mean Clown and a Savior of American Democracy? (Gerry)

“In the midst of all the hand-wringing from conservatives and liberals alike, Politico convened a panel of historians to adjudicate. Two authoritative chroniclers of 20th-century American populism and race, Alan Brinkley of Columbia and David Blight of Yale, dismissed the parallels. Brinkley, the author of the definitive book on Long and Coughlin (Voices of Protest), said Trump was a first in American politics, a presidential candidate with no ‘belief system other than the certainty that anything he says is right.’ Blight said Trump’s ‘real antecedents are in Mark Twain’ — in other words, fictional characters, and funny ones.

“There is indeed a lighter way to look at Trump’s rise and his impact on the country. Far from being an apocalyptic harbinger of the end-times, it’s possible that his buffoonery poses no lasting danger. Quite the contrary: His unexpected monopoly of center stage may well be the best thing to happen to our politics since the arrival of Barack Obama.

“In the short time since Trump declared his candidacy, he has performed a public service by exposing, however crudely and at times inadvertently, the posturings of both the Republicans and the Democrats and the foolishness and obsolescence of much of the political culture they share. He is, as many say, making a mockery of the entire political process with his bull-in-a-china-shop antics. But the mockery in this case may be overdue, highly warranted, and ultimately a spur to reform rather than the crime against civic order that has scandalized those who see him, in the words of the former George W. Bush speechwriter Michael Gerson, as ‘dangerous to democracy.’

“Trump may be injecting American democracy with steroids….”

The Pope is a “good guy” but that doesn’t mean he is not fair game for criticism.

“An indigenous leader opposed to the production of palm oil was killed Friday outside a Guatemalan court that a day earlier ordered the closure of a factory he had led protests against…. The victim, 28, was shot outside a local court in Sayaxche, about 500 kilometers (300 miles) north of the capital, by two men on a motorcycle. Lima Choc was a teacher and municipal councilor for the National Union of Hope party in Sayaxche. His killing came a day after the court ordered the six-month closure of a business accused of polluting a local river with pesticides. The pesticides were used in the production of palm oil and affected thousands of people in the region. The United Nations had described the situation as an ‘ecological disaster’ that caused the deaths of thousands of fish. In early June, Lima Choc led a group of people denouncing the factory.”

Long after printed books were declared dead as the Dodo, sales of them are climbing — and ebooks are down. Truth is, there are benefits to both. But this editor, who likes ebooks because they’re so portable, also loves carrying around an actual physical book. Among other things, a book can lead to interesting conversations — and new friendships.

If you’ve ever wondered what would a Pope-friendly investment portfolio looks like, here are seven(!) pieces of advice, such as “do no harm” and “be a responsible shareholder.” Apparently the Pope’s business savvy has worked wonders — last year the Vatican Bank soared 20 percent.

An illustrated 215-year history of the popemobile (Russ) “Sexual activity probably doesn’t trigger many heart attacks, scientists report September 21 in the Journal of the American College of Cardiology. In fact, the study’s authors say, the benefits seem to outweigh the risk.”

OK, So the Video Is More Than 2½ Years Old, But This Train’s Still A-Chugging: Choo Choo Bark Bark (Susan)

The train’s conductor is 80 years young. Shouldn’t he have retired by now? Not according to his adventurous (and slobbering) passengers!