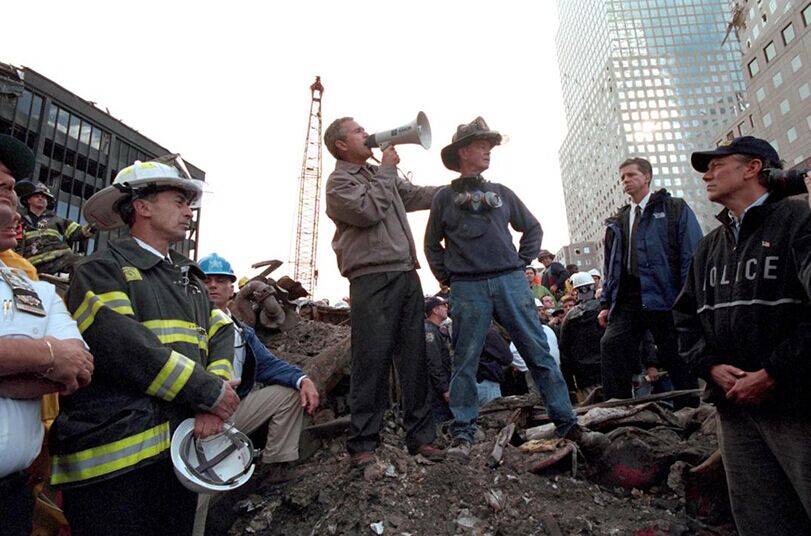 Obama Admin Finally to Crack Down on Bankers? (Russ)

Weirdly, the heyday for prosecuting bad bankers was … under George H.W. Bush! Since then, very few have gone to jail. A new memo from the Obama Justice Department shows that they’re hoping to change that. Though, given the oddness of a Wall Street-backed Republican president having done more than Democrats, we may need to wait for President Trump to really crack down. LOL.

Those Universities Not So High-Minded (Russ)

An analysis shows that those really wealthy universities that “graciously” accept students from poor families … often send them on their way as graduates with huge debts. Ah, the business of education.

Apparently, Jeb Bush’s proposed tax cuts would have saved Jeb himself a whopping $800,000 in taxes — in a single year. This just proves what a sacrifice public service is.

When Trump Deletes a Tweet, You Know It’s a Bad One (Russ)

Even Donald Trump — or someone whose job it is to keep a muzzle handy — decided that one particular comment could not stand public scrutiny: sending his 9/11 wishes, “even to haters and losers.”

Take Care of Refugee Children Who Lost Their Parents — a No Brainer (Milicent)Some people worry that, among the thousands of refugees fleeing from the Middle East, there are sleeper terrorists. And their concerns are understandable. But those who need help the most are also the least likely to be terrorists — children who lost their parents, either in their own countries or during their perilous journey to Europe. The ones who made it to Greece are among the lucky. There, they have found a center run by the NGO Praksis that helps rehabilitate these severely traumatized children. It patches them up and prepares them for integration into Greek life, while hoping to reunite them with their families. We hope other countries create such centers.

Aspen is primarily known as a ski resort and host city of the annual Aspen Ideas Festival, but the Colorado town earned another distinction recently: It is now only the third US cities run entirely on renewable energy.

In this article, Aspen’s Utilities and Environmental Initiatives Director David Hornbacher describes how the city freed itself from reliance on fossil fuels and expresses the hope that Aspen will serve as a model for other communities across the country.

Aspen joins Burlington, VT, and Greensburg, KS, as the only cities in the US to use solely renewable energy.

Plurality of Republicans Still Convinced Obama Is a Muslim (Klaus)

Almost seven years after the election of Barack Obama, a plurality of Republicans still believes that the president is a Muslim, according to a new CNN/ORC poll.

Massachusetts Institute of Technology (MIT) researchers warn that large-scale geoengineering efforts, such as ocean fertilization, could have unintended consequences.

Even though such fertilization could spur the growth of phytoplankton, which would draw CO2 from the atmosphere and thereby help reduce global warming, that type of geoengineering could result in unintended climate impacts, such as changes in rainfall patterns that could offset the positive effects.

The study’s authors warn that more research is needed prior to engaging in any massive geoengineering efforts. The study appeared in Nature’s Scientific Reports.

For years, the photographer and fine artist Thomas Demand has recreated various scenes in recent history out of colored construction paper and cardboard, from the control room at Fukushima to Saddam Hussein’s kitchen. These are scenes that we have seen in various news clippings. One of the latest projects that caught his detail-oriented eye, is a photo of Tamerlan Tsarnaev’s wife leaving their home. With “Backyard”, Demand has recreated the Tsarnaevs’ unremarkable house and backyard (there is even a 64 page photobook focusing on the cherry blossoms), he has managed to highlight something ordinary in an unordinary event — reminding us, perhaps, to look more closely at the individuals who become cartoon figures in the media’s meta-narrative.