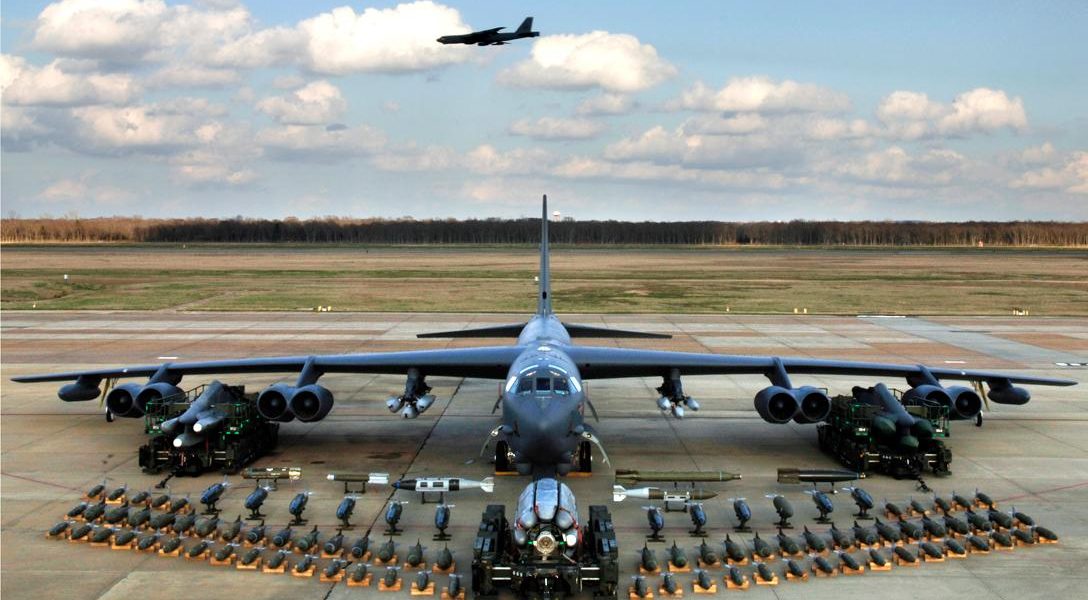 After dark on October 7, 2001 the United States Air Force deployed B-1 and B-52 bombers to strike 31 targets in Afghanistan. This was the beginning of the longest war in American history. About this photo: B-52 Stratofortress and full compliment of munitions. Photo Credit: Tech. Sgt. Robert Horstman / U.S. Air Force
Editors' Picks

Boehner May Stay on As Speaker (Klaus)

John Boehner may stick around as House Speaker if Republicans don’t get their act together in their closed-door meeting Thursday that is supposed to pick his successor. If the recent squabbles among the GOP’s Tea Party wing and the rest of the party are any indication, then “getting their act together” is not currently a core competency of House Republicans and things could get interesting tomorrow.

Everything you wanted to know about the man. Well, plenty, in any case.

She worried about the authorities confiscating weapons, was pleased with her son’s prowess, and boasted about her own arsenal. America, check thine mirror.

Claims About the Postal Service Losing Money Are Misleading (Russ)

Just about all the losses are attributable to one change in the law — which was pushed through by the GOP congressional majority in 2006. Did you know that? We didn’t.

Sweden aims to become the first western country that will kick its fossil-fuel addiction. While the Scandinavian country did not set a timeline for achieving the goal, it earmarked funds for things like an electric bus fleet, subsidies for “green” cars and renewable energy storage technology.

It stands to reason that Columbus Day is not the favorite holiday of Native Americans. In some parts of the country, however, they will no longer have to “celebrate” the man whose arrival ultimately resulted in death and devastation for them. There is a small but growing movement to rename the day to Indigenous Peoples Day. This year, a county in Texas and the University of Oklahoma, among others, have adopted the name. The most prominent places that have made the switch are the cities of Seattle and Minneapolis.

Last night, Frontline ran Part 2 of a three-part investigative series on the Lockerbie Bombing, conducted by filmmaker Ken Dornstein, who was 19 years old when his older brother David was one of 270 killed in the bombing of Pan Am Flight 103.

We don’t know what Dornstein’s final conclusions will be, but so far the possibility of U.S. involvement seems to be off the table as Part 1 drops the topic of a CIA contractor who helped smuggle “massive amounts of plastic explosives into Libya” as quickly as it is brought up.

Dornstein later goes on to say that “it took just one pound of Semtex plastic explosive to reduce one of the world’s most sophisticated passenger jets to hundreds of thousands of pieces.”

We can only hope Dornstein heeds Scottish lead investigator Stuart Henderson’s words on the topic: “We got part of the conspiracy, but only a small part. You’ll only get the answer to your final story with the rest of them. I think until none of them can be found at all, then you can’t stop.” (WhoWhatWhy wrote several years ago about doubts concerning the official narrative, here.)

Funny faux news report takeoff on the not-so-funny Trans-Pacific Partnership as if it were from the not-so-gentle good old days of exciting world trade in centuries past.