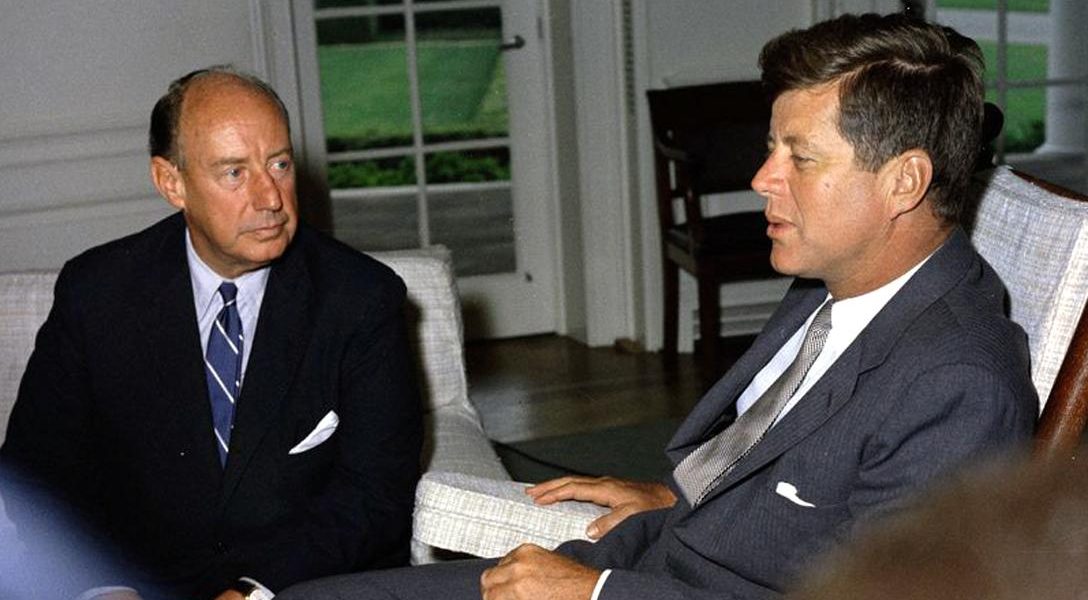 President John F. Kennedy meeting with the US Ambassador to the United Nations, Adlai E. Stevenson. October 23 was Stevenson's birthday, but in 1962 he was busy that day, at the UN, dealing with the Cuban Missile Crisis. Photo Credit: White House, in the John F. Kennedy Presidential Library
Editors' Picks

President Barack Obama vetoed the defense spending bill for the next fiscal year because it included language that would make it more difficult for him to close to detention facility at Guantanamo Bay. Obama has long promised to shut down Gitmo and he is running out of time to transfer the remaining prisoners elsewhere in the world prior to leaving office.

Death to the Middle Class (Kristina)

Files lawsuit against Biloxi, MS, for putting poor people in jail when they can’t pay fines and fees.

The majority of Drug Enforcement Administration (DEA) agents cited in an internal investigation into sexual harassment and misconduct have since received bonuses and rewards of up to $32,000. The Inspector General of the Department of Justice found that, although none of the 14 employees cited had been promoted, eight of them got some sort of reward in violation of the DEA’s own policy.

Two Weeks After It Sued the CIA, Data Is Stolen From the University of Washington’s Center for Human Rights (Trevin)

The CIA has denied any connection to the office break-in of the center’s director.

What’s Really Behind the Doomsday Predictions Spurred by the Iran Deal? (Trevin)

“Why is there so much opposition from Netanyahu and the Israel lobby, despite evidence from the CIA and Israeli intelligence that Iran has neither the desire nor the capability to obtain nuclear weapons?”

President Obama Explains the Problem With “All Lives Matter” (Trevin)

At a criminal justice panel discussion yesterday afternoon, Obama stated the obvious for all those who refuse to hear it: “I think the reason that the organizers used the phrase ‘black lives matter’ was not because they were suggesting nobody else’s lives matter. What they were suggesting was, there is a specific problem that is happening in the African-American community that’s not happening in other communities. And that is a legitimate issue that we’ve got to address.”