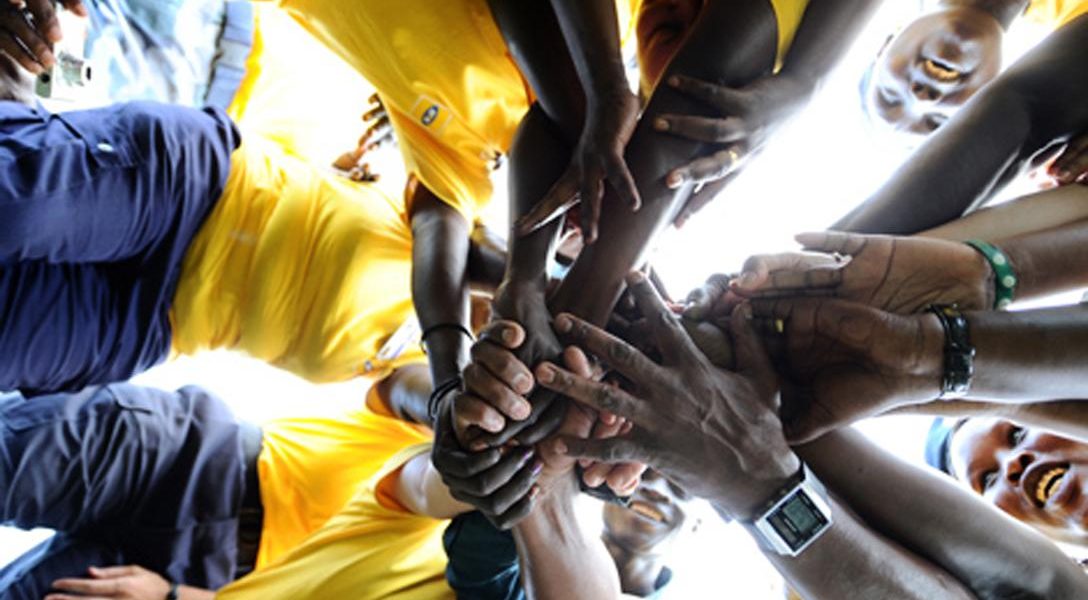 November 16 is the International Day for Tolerance. UN Secretary-General Ban Ki-moon declared, "On this International Day of Tolerance, I call on all people and governments to actively combat fear, hatred and extremism with dialogue, understanding and mutual respect. Let us advance against the forces of division and unite for our shared future." About this photo: Members of UN Police and South Sudan Police Services hold hands in camaraderie while taking part in a rope pulling competition. Photo Credit: UN Photo
Editors' Picks

Climate Deniers, have fun disputing this one!

A reporter finds that one of the twins is dead, the other in a near-vegetative state, and the family in tatters.

9/11 According to Former CIA Directors (Gerry)

Although their statements, recorded for an upcoming TV documentary, are obviously self-serving, they open a window onto decisions and opinions the public is rarely privy to. Most newsworthy: the claim that George W. Bush and his advisors repeatedly ignored “absolutely compelling … multiple-sourced” information that Osama bin Laden was planning to strike the US with attacks that would cause many, many deaths.

In a victory for environmental activists — and whistleblowers of all stripes — a federal judge in Idaho formally declared unconstitutional a state law, known as Ag-Gag, which banned undercover investigations of agricultural facilities by journalists and others seeking to document cruel treatment of animals, dangerous use of pesticides and such.

No One Knows Why ISIS Succeeds (Gerry)

An anonymous insider considers all the evidence and arguments, and concludes that none of them come close to explaining the diabolical success of this murderous terror group.

He says controversial, even inflammatory things, but that doesn’t mean he isn’t worth listening to.