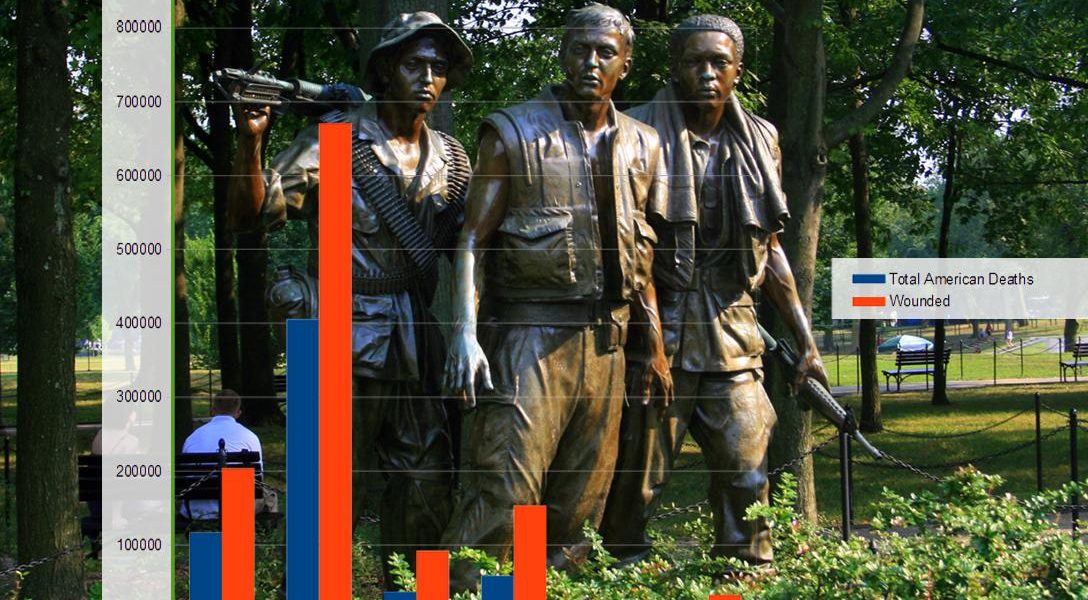 November 11 is Veterans Day in the United States. The chart data was adapted from United States military casualties of war on Wikipedia. The photo in the background is of The Three Soldiers Memorial, a feature of Vietnam Veterans Memorial in Washington, DC. Photo Credit: Abir Anwar / Fickr (CC BY 2.0)
Editors' Picks

Weather change is turning the state into a huge fire threat.

A federal judge ruled that the bulk collection of the phone records of Americans is illegal, dealing a blow to the National Security Agency and further vindicating whistleblower Edward Snowden. Even though the ruling is narrow in scope as it only applies to legal activist Larry Klayman and his law firm, and Congress had already passed a law that forbids this type of data collection beginning this month, the ruling is still a significant victory for Snowden as it makes it more difficult for his detractors to vilify him for disclosing an unconstitutional program.

Whistleblowers and the Law: Prosecuting the Messenger (Gerry)

What part of “the deck is stacked against you,” don’t you understand? A new report spells out the obstacles Edward Snowden and other principled “leakers” face in trying to inform the public about governmental wrong-doing.

One account described people being “‘brought [into Mexico] like cows’ on trucks and unloaded fifteen miles down the highway from the border, in the desert.”

No wonder Trump and Carson don’t bother them.

Music Played During Surgery Can Be Dangerous (Russ)

It’s increasingly common, because it relaxes the patient. But study shows much higher doctor error rate.