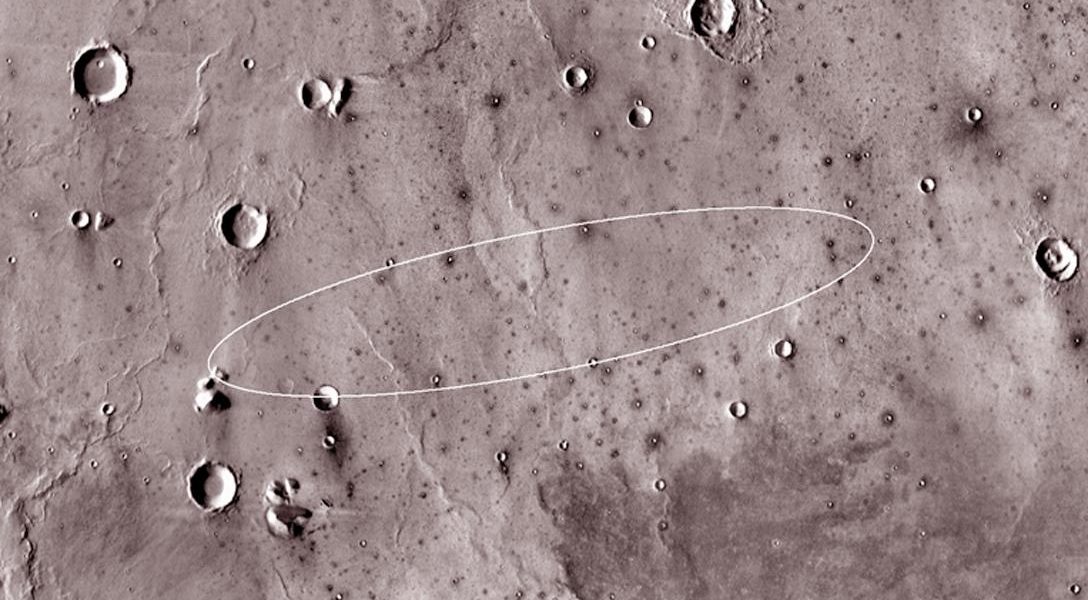 This map shows the single area under continuing evaluation as the landing site for the next mission to Mars. The mission is branded InSight. The sight circled is centered at about 4.5 degrees north latitude and 136 degrees east longitude. "InSight -- an acronym for Interior Exploration using Seismic Investigations, Geodesy and Heat Transport -- will study the interior of Mars to improve understanding of the processes that formed and shaped rocky planets, including Earth. The mission's launch period begins March 4, 2016, and lasts until late March. Whichever day during that period the launch occurs, landing is scheduled for Sept. 28, 2016." Photo Credit: NASA.gov
Editors' Picks

Combing Through 41M Tweets to Show How #BlackLivesMatter Exploded (Trevin)

Fascinating new study maps out “how it happened and who drove.”

This is happening with little or no attention in the US and where Republican and Democrat candidates continue to say how they will get tough on that country.

Yes, the Planet IS Warming, Even According to Deniers’ Favorite Data Set (Gerry)

When climate deniers (falsely) claim that there’s been no global warming since 1998, they refer to the readings from a particular weather satellite analysis. Now, scientists have pulled the rug out from under that claim.

Was he going to implicate others?  The crash looks troubling to all.

Last year the city became the first in the US to give drivers the right to collectively bargain on salary and working conditions. The US Chamber of Commerce is suing to overturn the law.

Thanks to partially-lifted sanctions after the Nuclear Deal, Iran is teeming with potential investors. Including ones from the country’s perennial enemy the United States. While Boeing is allowed only to supply aircraft for commercial flights, we’ll see where this goes…