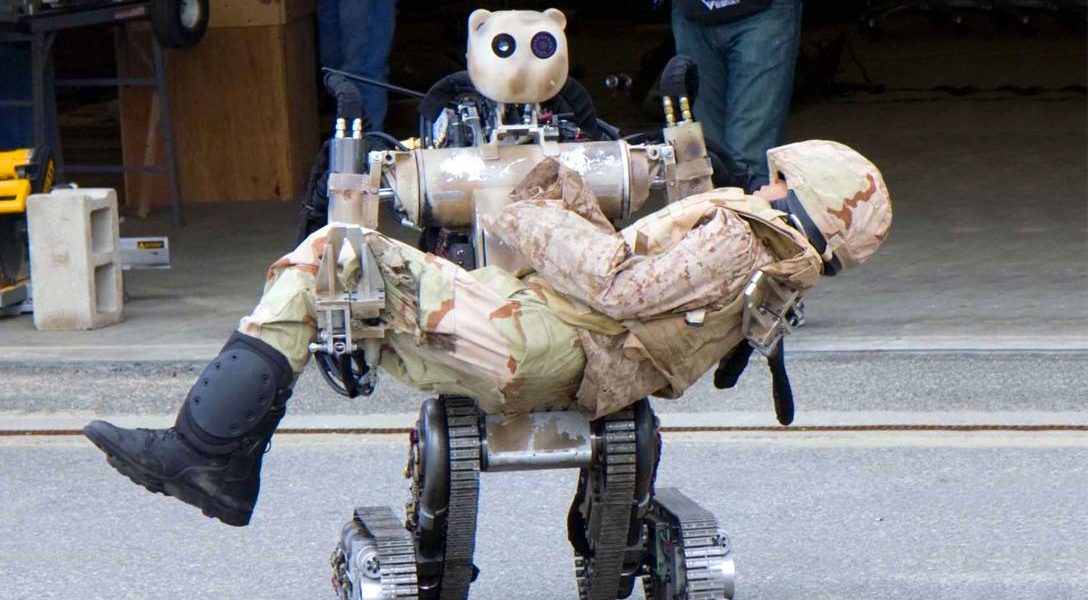 The National Defense Industrial Association's (NDIA) Ground Robotics Capabilities Conference & Exhibition is begins today in Springfield, VA. The military is actively pursuing the use of robots for warfare. About this photo: Medical Robotic Technologies Take a Step Closer to the Battlefield Photo Credit: US Army
Editors' Picks

He’s doing something —  he’s investing heavily in wind energy and other clean forms. But will his business acolytes follow?

The vote is not legally binding but represents a huge diplomatic blow to Saudi Arabia and its largest weapons supplier — the United States.

So far there is no claim of responsibility for the attack, but it follows a January attack nearby on the Pakistani consulate. The Islamic State, whose presence is growing in the region, claimed responsibility for January’s attack.

Says CIA is not going to do it, no matter who is president. Didn’t work out very well for Agency in past.

Gay Exec on Why Company is Leaving Georgia (Russ)

“Things have gotten too ugly in the state….” What has Trump wrought?

Watch as it happens before your eyes. Maybe we can stop this trend.