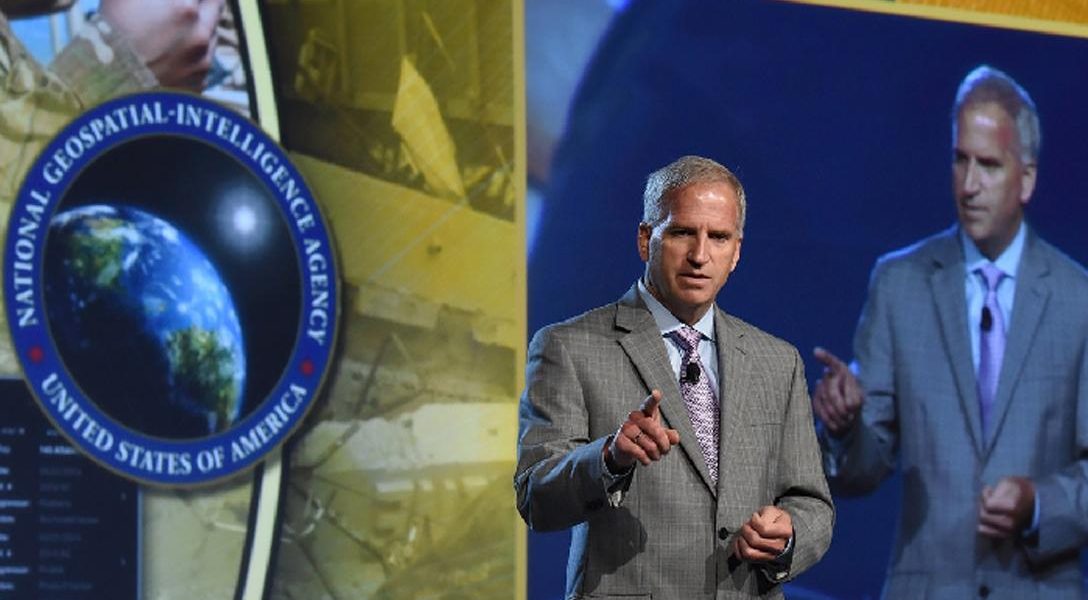 Government and industry leaders gather to network about networks, technology and big dollar contracts. Today is the final day of CES Government 2016, an annual policy forum promoting the use of technology in government and critical infrastructure commercial sectors. The event is limited to 200 leading government IT professionals. The Keynote speaker for the day is Robert Cardillo, director of the National Geospatial-Intelligence Agency. His topic is “Real-time Analytics and American National Security Today”.  Photo credit: National Geospatial-Intelligence Agency
Editors' Picks

The Dream Fades in Cuba (Russ)

The country’s problems, seen from inside one of the world’s largest housing complexes.

The ad purports to show Mexicans swarming across the US border. Yet this ‘US’ border is actually in Morocco.

Jewish Ultra-Nationalists Want to Destroy the State of Israel (Milicent)

See if you can follow this: The Shin Bet (Israeli security force) and police uncovered a plot by Jewish ultra-nationalists to eliminate the State of Israel, end Zionism, and instigate chaos by pitting Arabs and the international community against Israel. The chaos would, according to the plan, cause a revolt which would undermine the authority of the central government — all to establish a messianic Jewish Kingdom in place of Israel, where the Torah will reign supreme over democracy. Once the Kingdom is established, they will order all Arabs and non-Jews to leave, or they will all be killed. Sounds like a plan.

The two northern European countries are partially abandoning their open border policies to limit the number of refugees that enter.

The Biggest Cybersecurity Threats of 2016 (Klaus)

A very useful compilation of the top cybersecurity threats of 2016.

Watch the land and skies change dramatically as you travel on the now defunct Route 66 through the Mojave Desert, one of the hottest and driest places on Earth.

This after yesterday’s reported maternity hospital and gas company bombings