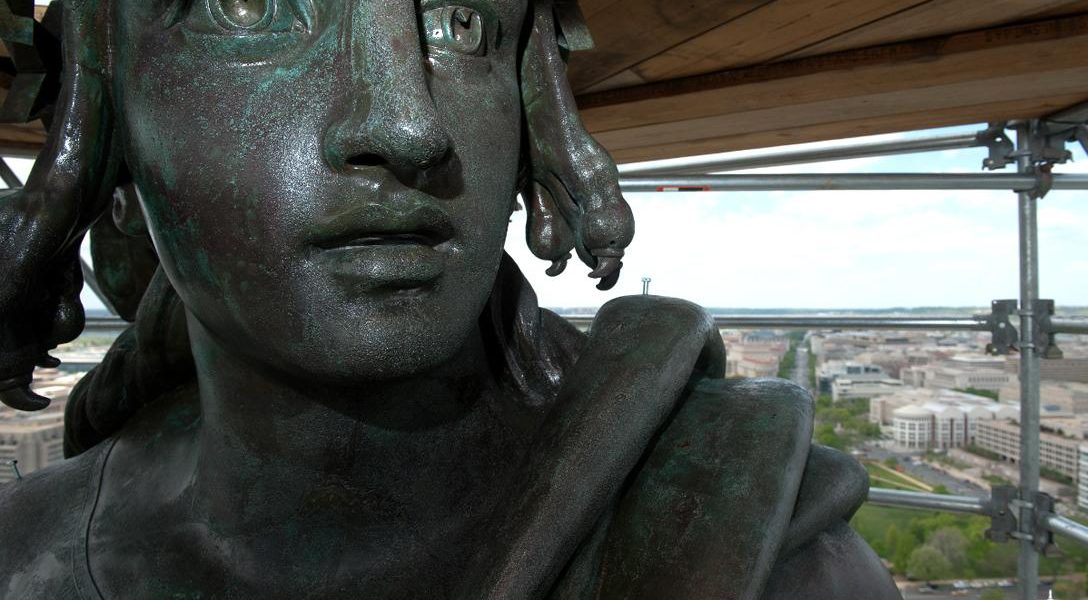 Close-up of Statue of Freedom that tops the U.S. Capitol building. As part of the Architect of the Capitol’s April 2012 preservation of the Statue of Freedom regular maintenance of the lightning protection atop the statue was conducted. The entire Capitol restoration project (exterior and interior) will be complete and all scaffolding will be removed prior to the Presidential Inauguration in January 2017.  Photo Credit: USCapitol / Flickr
Editors' Picks

Are these private gatherings of corporate executives, politicians and a few Hollywood stars a threat to democracy? And will Dr. Evil show up?

By 2050, There Will Be More Plastic in the Ocean Than Fish (Klaus)

Unless things change, there will be more plastic (by weight) in the world’s ocean in 35 years than fish, a new study has concluded.

Slammed by Elizabeth Warren. And Eric Holder now reps the firms he once “prosecuted”.

Message meant to “silence any critics of the corporate-driven politics entrenched in the Democratic Party.”

Did the US Just Create a Military Base in Syria? (Trevin)

In support of Kurdish fighters against ISIS, US troops have secured the Rmeilan airfield in the northern province of Hasakah. This “commits America to a prolonged military occupation in the country, which parallels its decade-plus long military involvement in Iraq and Afghanistan.”