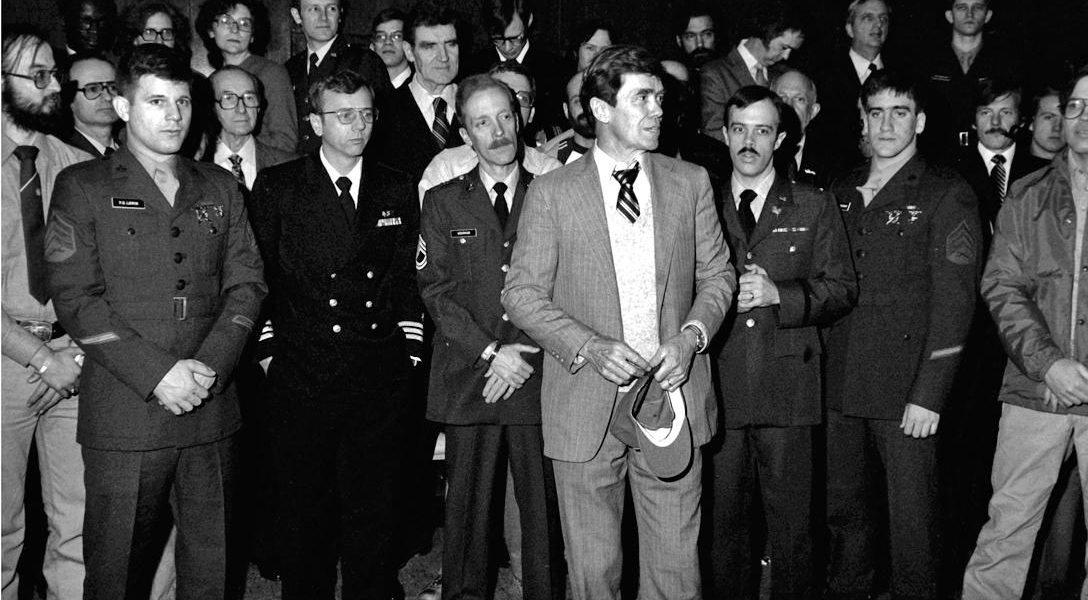 Hostage Release of 1981: During the 1980 election campaign each party accused the other of plotting an October Surprise to elect their candidate. Subsequently other journalists, notably Robert Parry, accused CIA veterans on the Reagan campaign, of an arguably treasonable but successful plot with Iranians to delay return of the U.S. hostages until Reagan took office on January 20, 1981. About this photo: Former Iran hostages in the hospital after release. Photo Credit: Johnson Babela / Wikimedia
Editors' Picks

News gets more and more alarming while a suicidal portion of public hunkers down.

The wealth of the poorest half of the world’s population declined by a trillion dollars in the past five years. And 62 people have as much as all of them.

Plaintiff in Class Action Lawsuit gets $0.07, Lawyers Get Millions (Klaus)

When the dust had settled on a class action lawsuit against Bank of America, one plaintiff received a big, fat check for $0.07. The attorneys fighting on his behalf (and that of 600,000 lucky beneficiaries), got more than 100 million times as much.

The attack, which killed at least 30 people and was claimed by Al Qaeda, happened while Ms. Alaoui was on assignment for Amnesty International. In her work, she fought to “give life to those forgotten by society, to homeless people, to migrants, deploying one weapon: photography.”

State lawmaker Mike Pitts proposed a Trump-like bill that would “create a different kind of strange registry—this time to track journalists deemed ‘responsible’ by the state.”

That’s what a study finds— and that’s authoritarianism, not authority.