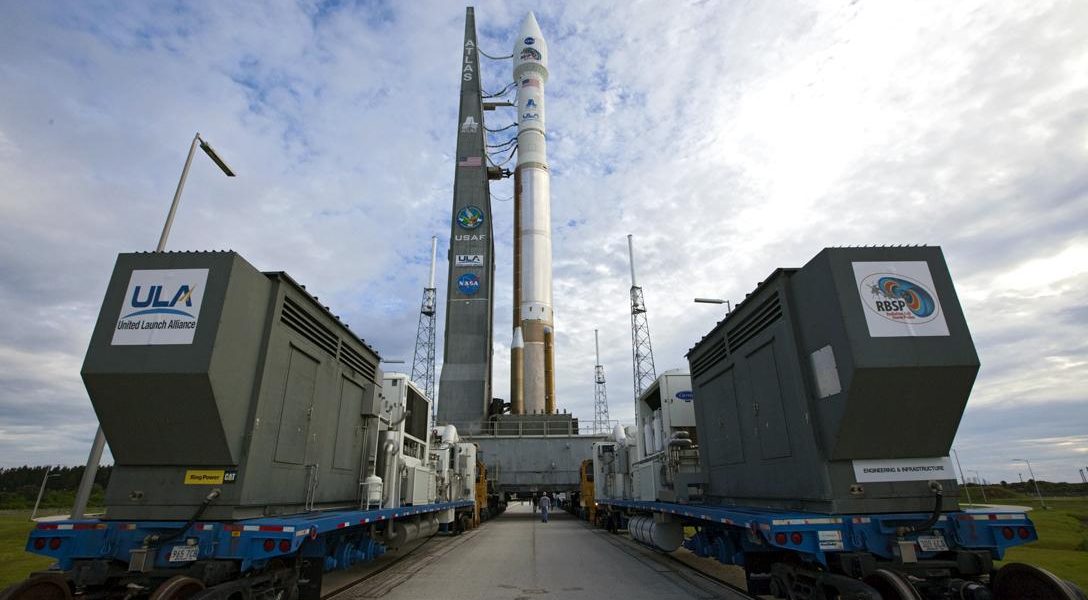 A United Launch Alliance (ULA) Atlas V rocket is scheduled for launch today at 8:37 am EST, from the Cape Canaveral carrying a Global Positioning Satellite GPS IIF-12. "This marks the twelfth and final launch in the IIF series of Global Positioning Satellites for the U.S. Air Force. The GPS IIF series is vital to U.S. national security and it also sustains the current GPS constellations. This provides greater accuracy for navigation, improves military signal and assists with commercial aviation and search and rescue operations." About this photo: Atlas V rocket rolls to the launch pad.  Photo Credit: NASA.gov
Editors' Picks

Simply put, Jeb doesn’t get the crucial role of president as performer.

No, you probably won’t have wheat stalks in your living room, but there will be a major shift — and this article assesses the pros and cons.

Former White House adviser Karl Rove, a veteran of employing every trick in the book to get his guy a win, breaks down the tactic that Senator Ted Cruz used to win Iowa.

The professor of civil engineering at Virginia Tech who helped expose Flint’s water debacle, told a congressional hearing on Wednesday that both the EPA and Michigan’s Department of Environmental Quality “turned a blind eye” to the “tainted water and corroded water pipes.”

Over 60 Percent Of Uber Drivers Are Thinking About Quitting (Trevin)

January fare cuts aimed at increasing ridership was also promoted as a way to increase driver wages. But that hasn’t happened in every city. Uber says that “if price cuts don’t work or become unsustainable, fares will return to where they were before.” Drivers have heard this talk before and “the running joke” is that the cuts are “temporary until they lower the price again.”