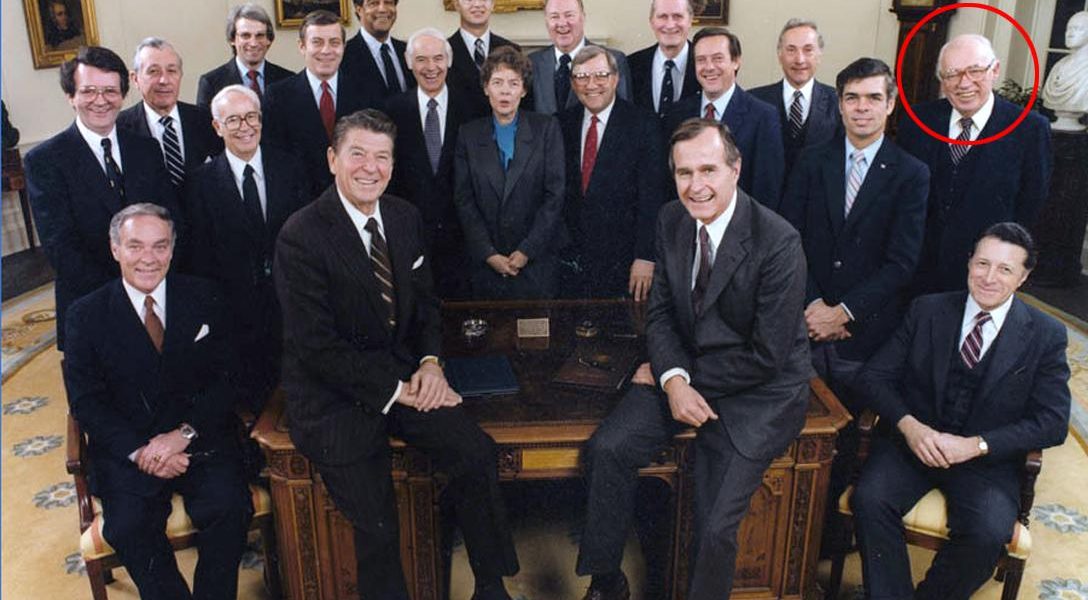 The Tower Commission's report on Ronald Reagan's Iran-Contra scandal was published on February 26, 1987. The report laid much of the responsibility for the debacle on CIA Director William Casey. They also faulted Casey for failure to notify Congress about the activity as required by law. The Reagan administration brokered the sale of arms to Iran in hopes of securing the release of hostages and to gain funds to funnel to the Contras in Nicaragua. These activities breached several laws. About this photo: President Ronald Reagan and his Cabinet, 1981. CIA Director William Casey is circled in red. Photo Credit: White House / Wikimedia
Editors' Picks

The Economist Endorses Rubio, Warns Trump Must Be Stopped (Russ)

A quintessential voice of the global establishment is really, really worried.

On Wednesday’s ‘The Kelly File’ Ted Cruz promised to pardon David Daleiden, head of the Center for Medical Progress (CMP). The CMP released a number of videos last year that appeared to show Planned Parenthood profiting off fetal tissue sales. However, along with 11 other state whom began investigations, Planned Parenthood was cleared and in one case Daleiden was charged with “making and presenting false California licenses.” With Cruz’s law-heavy background, it will be interesting to hear his defense — if he gets elected, that is.

The Investigatory Powers Bill includes ways that the government could force tech companies to “re-engineer their own technology.” This also includes gag orders, so the public would have no idea what was happening.

An essayist explores Lloyd Blankfein’s alarm at Sanders, and wonders why he is not worried about HIllary Clinton, whom he supported against Obama in 2008.

Despite tensions with the US and opposition from the likes of Senator John McCain, China will send an undisclosed amount of warships to what is billed as “the world’s largest maritime exercise.” The Rim of the Pacific happens every two summers, in June and July.

Have you ever suspected you’re wasting your time chasing frequent flyer “elite” status? Well, you are.