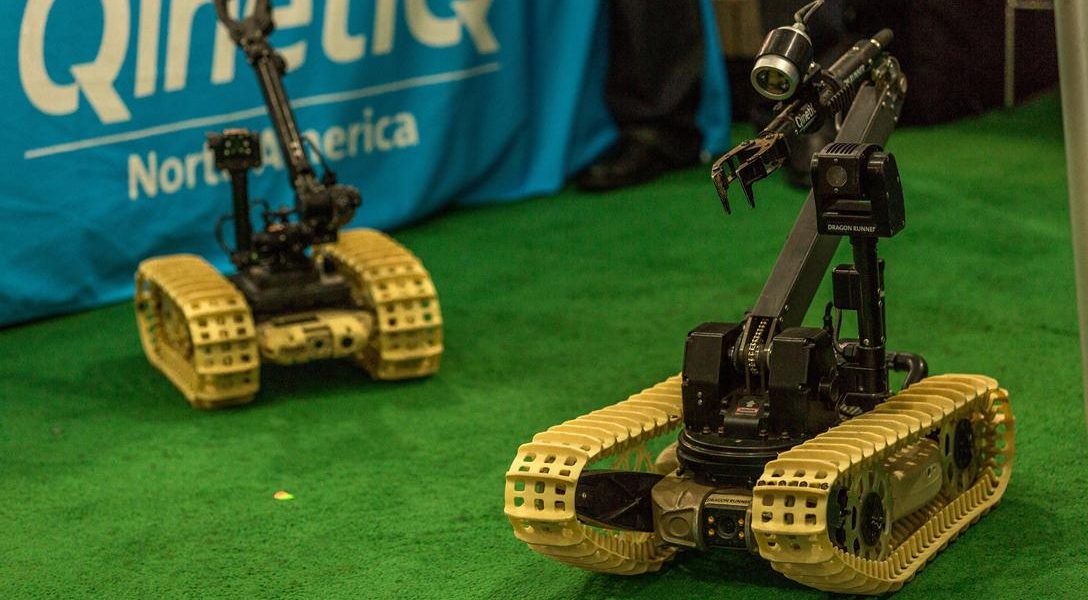 The Marine West Expo is an annual event held at Marine Corps Base, Camp Pendleton. The Expo showcases the latest technology and prototypes and provides Marines with one-on-one time with exhibitors and their products. About this photo: Products on display at Marine West Expo 2014 Photo Credit: Cpl. Derrick Irions / U.S. Marines
Editors' Picks

The former Secretary of State doesn’t see any of the arguments against bringing the imprisoned to trial and jailing them in the US as credible.

He’s a real change in so many respects, including his views on religion.

Concealed-carry laws in Texas have education system administrators extra worried about angry citizens “losing it” when teachers raise topics they don’t like.

Legislation proposed in Illinois would force single mothers to list the name of the father of their kids on the birth certificate (or the name of another family member who will who will financially provide for the child) if they want to receive public assistance.

As the government funds less and less science, corporate influence continues to conflate science and opinion, often to cover up the truth.

Attorney Generals from 20 states have asked Justice John Roberts to continue to allow power plants to add mercury to the environment.

ExxonMobil Gets the TTIP Thumbs Up by the EU (Dan)

While much press has been given to the Trans-Pacific Partnership, there have been relatively few stories about the Transatlantic Trade and Investment Partnership (TTIP). This trade deal is being negotiated between the United States and Europe with the expectation of completion near the end of the decade. Or, perhaps, before the end of the Obama presidency.  Like the TPP, negotiations take place in secret. However stories do leak, like this latest tidbit about the EU allowing ExxonMobil to “set a precedent” in regards to trade and investment “vis-a-vis third world countries”. This comes at a time when third-world countries are tightening regulations in regards to fossil fuel industries. Nothing like usurping autonomy in the name of corporate interest.