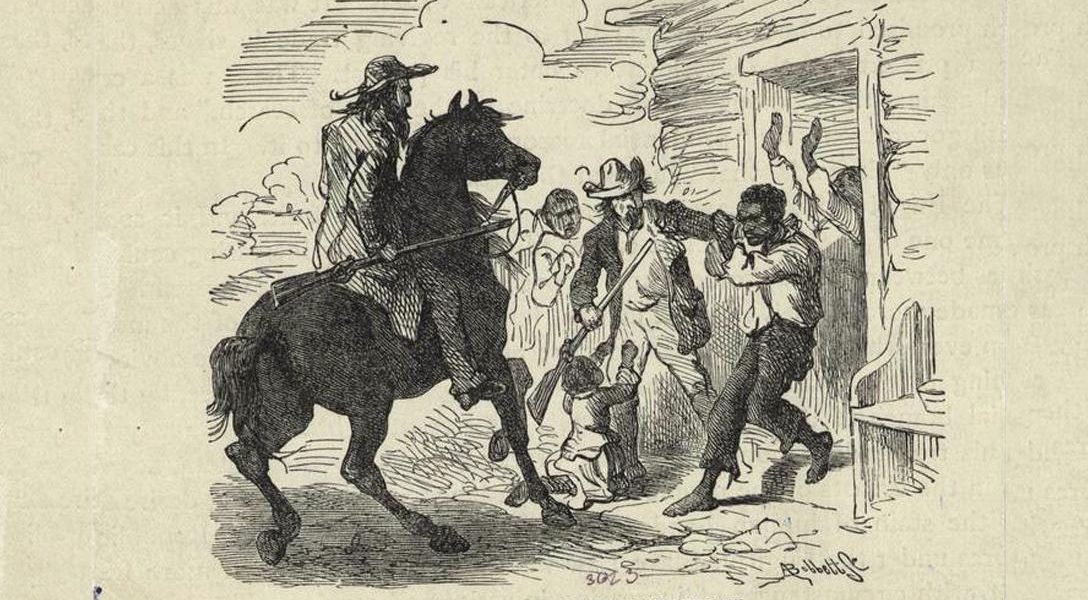 Although the Constitution does not require it, President Lincoln wrote the word "Approved" and added his signature to the joint resolution for a constitutional amendment (The Thirteenth Amendment) abolishing slavery on February 1, 1865. About this photo: Illustration by Albert Bobbett, "Operations of the fugitive--slave law" published in 1905. Photo Credit: New York Public Library
Editors' Picks

An opinionated but fact-filled look at why Bernie Sanders’ single-payer plan for health insurance rouses such disdain amongst middle-of-the-road Democrats, who once backed similar proposals before his name was attached to them.

Released at Davos enclave for the world’s wealthiest and most powerful, the “Fourth Revolution”  — in which will robots will replace workers — will result in even more concentrated wealth.

Hard to know if this is just continued but insignificant recklessness, or the beginning of a worsening situation in Israel between hardliners and those seeking peace. As well as between the Jewish state and Europe.

Brine from a North Dakota pipeline leak has reached the Missouri River. A total of 3 billion gallons of the toxic saltwater, a byproduct of fracking, have been spilled already.

US Broadens Fight Against ISIS With Attacks in Afghanistan (Trevin)

Despite President Obama’s declaration of the end of combat missions in Iraq and Afghanistan, these operations “are part of a continuing and potentially expanding American military footprint in south-central Asia, the Middle East and Africa for the fight against the Islamic State.”

The Panagacos v. Towery lawsuit accuses Olympia and Tacoma, WA of “coordinating with the Army to violate the First and Fourth Amendment rights of activists.”