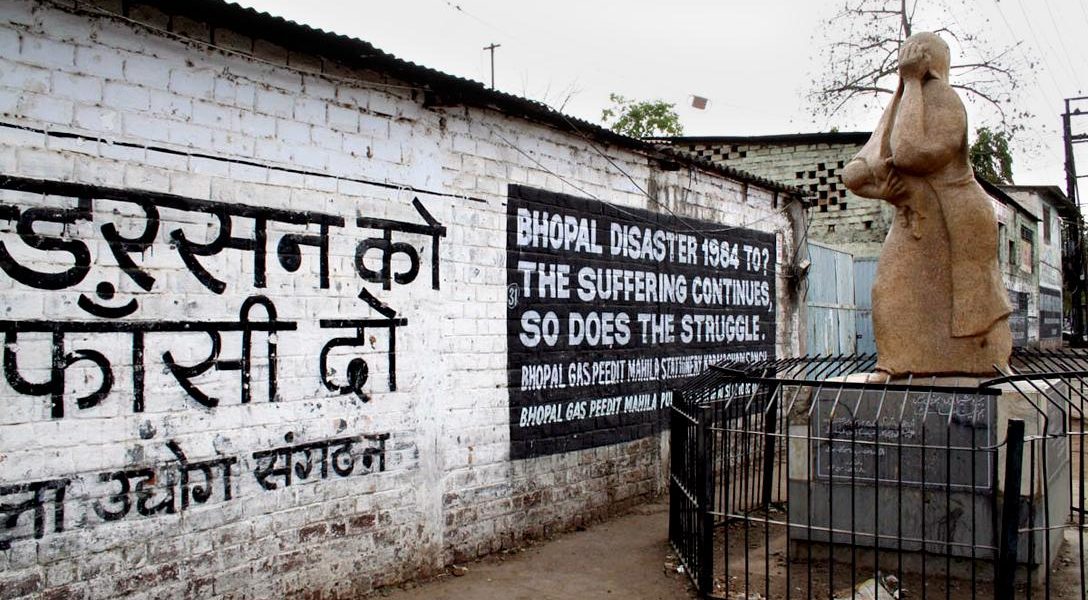 On December 2 and 3, 1984 a gas leak at the Union Carbide pesticide plant in Bhopal, India, killed more than 3,800 people and injured hundreds of thousands. The Bhopal disaster was one of the worst industrial disasters in history. Many thousands of people later died as a result of exposure to methyl isocyanate (MIC) gas. Photo Credit: Luca Frediani / Wikimedia
Editors' Picks

Britain’s sale of missiles to Saudi Arabia could land the country in hot water because the weapons were used against civilians in Yemen’s civil war. Foreign Office lawyers believe the arms deal may have violated international law and could result in a prosecution for war crimes.

Part of the larger issue of “climate refugees.”

Everyone, it seemed, realized the system needed drastic reform. But might not happen before Obama leaves office. Will President Carson concur?

Is the Rehabilitation of New Orleans a Way of Getting the Blacks Out? (Russ)

This book reviewer says the “improvements” and the relentless privatization of the city in the aftermath of Hurricane Katrina have been aimed at getting rid of the black population.

Mainstream media does a surprisingly good job of covering the antics of the rich while also catering to them.

While some progress has been made, Qatar continues to treat its 1.5 million migrant workers poorly, a new report by Amnesty International said. “Qatar’s persistent labor reform delays are a recipe for human rights disaster,” one of the group’s researchers said.

Privacy advocates are troubled by a Los Angeles City Council plan to track drivers in neighborhoods where street prostitution is a problem and sending them so-called “John letters” to shame them into staying away from those areas.