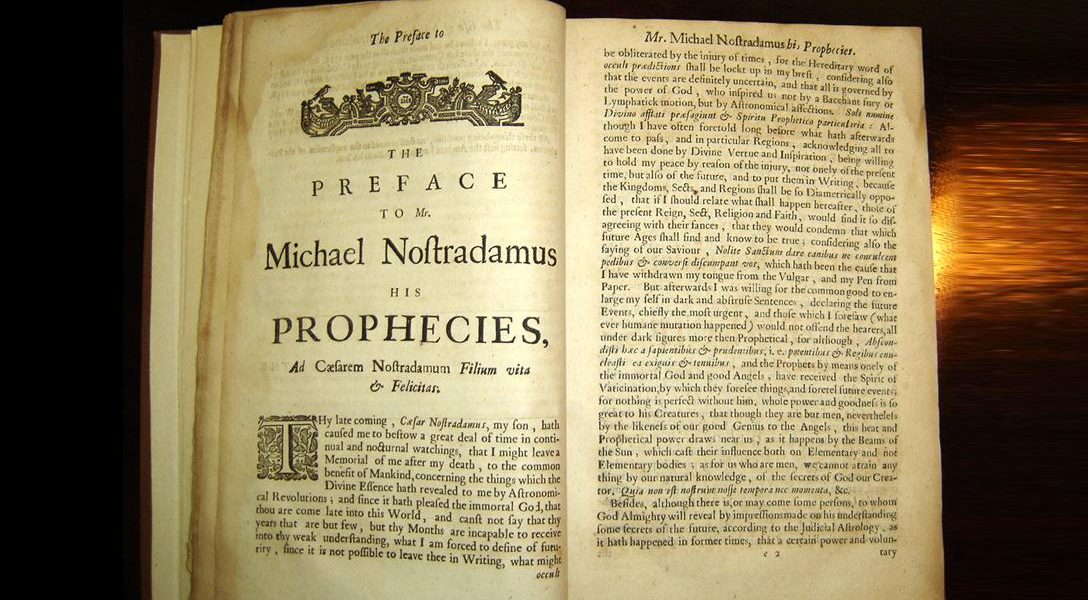 Today is the birthday of Michel de Nostredame, aka Nostradamus. He was born in France in 1503.  Nostradamus published Les Propheties, the in 1555. About this photo: Nostradamus Prophecies. A copy of Garencières' 1672 English translation of the Prophecies (printed in London by Thomas Ratcliffe and Nathaniel Thompson; 1st English ed.), located in The P.I. Nixon Medical History Library of The University of Texas Health Science Center at San Antonio. Photo credit: Zereshk / Wikimedia
Editors' Picks

Russ Baker and his team at WhoWhatWhy have done a great job of enumerating the many unresolved issues, the contradictions, the way the government brutally managed the case, making it a federal case so they could win a death penalty verdict against Dzhokhar Tsarnaev.

The purchase of the South China Morning Post by Alibaba, which is close to the Chinese government, is a real threat to press freedom and the ability to question the doings of the Chinese leadership and dominant institutions.

Everything you need to know about what happened and if it is worth your time.

Is oil drilling adjacent to the fragile Everglades National Park a risky proposition? Environmentalists warn of the potential  consequences.

Want to exercise your right to peacefully assemble without ending up in some database? Then check out this survival kit for protesters.

But there is a silver lining on the horizon: China.

There’s more to tipping than 15% vs. 20%. Once you read this illuminating Q & A, your view of the practice – and of recent moves to abolish it – will be radically changed.

A gallery of color photos taken before the Russian invasion of Afghanistan, before the Taliban and before the US invasion. I like this because it shows the promise of what could have been and also recommend reading the comments, some of which were submitted by Afghans who still remember this time.