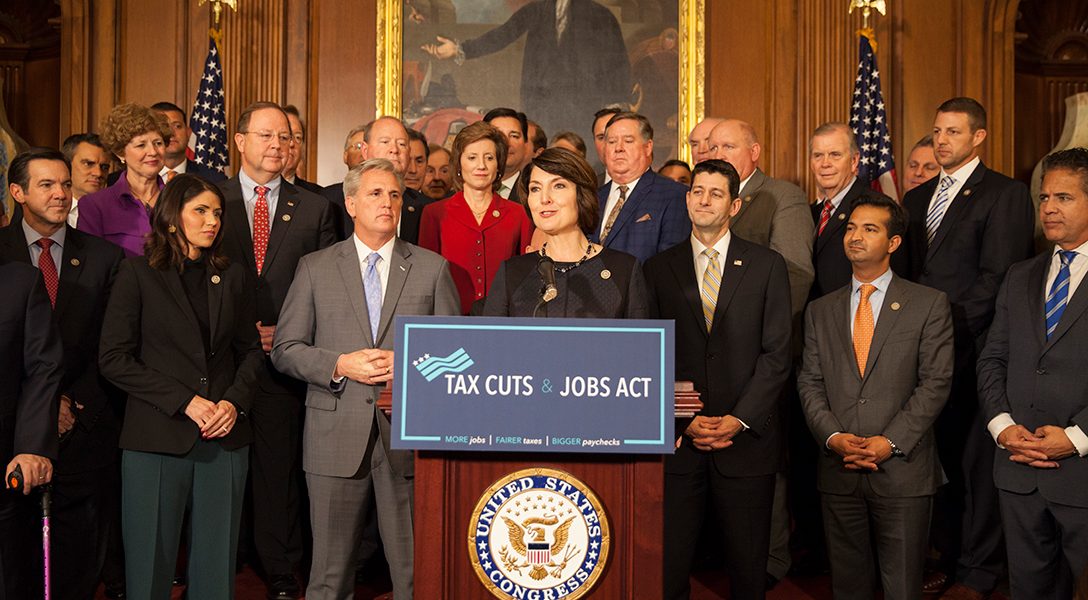 Opinion: "If it's enacted, the GOP tax cut now working its way through Congress will be the start of a decades-long economic policy disaster unlike any other that has occurred in American history." Photo credit: US House
Editors' Picks

Facebook, despite a recent pledge, is not properly policing housing ads, says ProPublica.

Secretary of State Rex Tillerson is being accused of ignoring that child soldiers are fighting for Iraq, Myanmar and Afghanistan. Ignoring violations of the rule against child soldiers makes it easier for the US to provide “military assistance” to these countries.

Not only does Trump’s pick to lead the US Census Bureau, Thomas Brunell, have no government experience — an apparent prerequisite for Trump employees — he has defended anti-minority and pro-Republican gerrymandering. The census effectively counts who is a US citizen, something which has become hotly contested under Trump. What’s worse about the Brunell nomination is that it requires no congressional confirmation process.

There’s a crisis in Northern Ireland. Leading Sinn Féin member Gerry Adams recently resigned from his post in the government, putting the Good Friday accords — which ended violence in North Ireland — in question.

The author writes, “President Donald Trump’s top advisers are closer now to achieving what seemed unthinkable at the start of his presidency: Shipping millions of dollars of US weapons to Ukraine’s embattled military.”