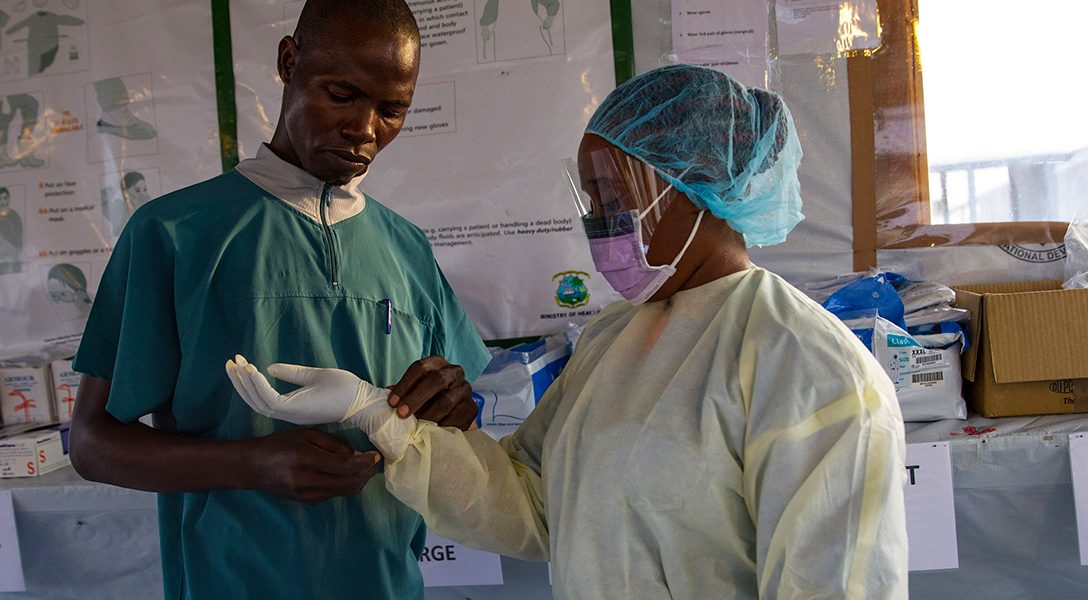 Ebola Threat: The World Health Organization has increased the estimated number of cases of Ebola expected during the current outbreak in the Democratic Republic of Congo. The disease has spread to Mbandaka, a city of 1.5 million people. Photo credit: UNMEER / Flickr (CC BY-ND 2.0)
Editors' Picks

Will There Be Another Recession? (Reader Steve)

This article details a few of the events that are putting the economy, and your future, in danger of another crash.

Though President Trump criticizes his predecessors in public, an email “snafu” reveals he isn’t above getting their advice.

How a Pentagon Contract Became an Identity Crisis for Google (Jimmy)

The author writes, “The company’s relationship with the Defense Department since it won a share of the contract for the Maven program, which uses artificial intelligence to interpret video images and could be used to improve the targeting of drone strikes, has touched off an existential crisis, according to emails and documents reviewed by the Times as well as interviews with about a dozen current and former Google employees.”

The author writes, “A senior minister on Wednesday said Israel should rid itself of responsibility for the Gaza Strip by cutting all of its ties to the Palestinian enclave, including ending water and electricity supplies.”

The Real Revolution Has Nothing to Do With Donald Trump (Jimmy)

The author writes, “Donald Trump is merely a shadow of the ominous dark forces he serves. If you judge him by his actions, you will see a man being puppeted by the same deep state that used Obama, and used Bush before him. The same actions are playing out through the bodies of different men. The stories about why they do these same actions over and over change with each president, but the actions are always the same.”

Should the US Break Up Amazon? (Reader Luke)

The author writes, “There are ways in which Amazon seems to be the greatest company in American history. It’s revolutionized the global shopping experience and expanded into media and hardware, while operating on razor-thin margins that have astonished critics. But some now consider it the modern incarnation of a railroad monopoly, a logistics behemoth using its scale to destroy competition.”