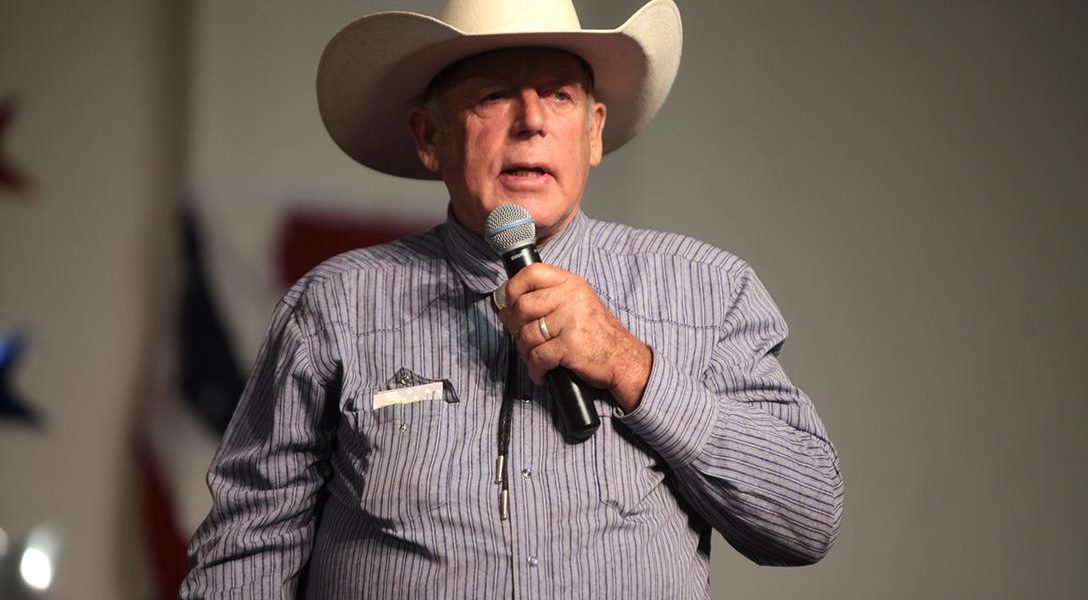 Mistrial: The trial of six of the men involved in the armed standoff with government agents near Cliven Bundy's Nevada ranch in 2014 ended last week. Two were found guilty of some charges and a mistrial was declared for the others. Cliven and his two sons will be tried in separate proceeding. Photo credit: Gage Skidmore / Flickr (CC BY-SA 2.0)
Editors' Picks

The Taliban Tried to Surrender Shortly After the US Invasion (Trevin)

How do you kill terrorists when there aren’t any? And how do you lose a war when the enemy has already surrendered? Ryan Grim reviews Anand Gopal’s investigative work on the war in  Afghanistan, No Good Men Among the Living for The Intercept.

Hawks on the Horizon (Dan)

While the handover includes many stipulations and barriers, the effect is chilling in recent years where two presidents – Democrat and Republican – have shown increasingly hostility to criticism.

The author writes, “US intelligence officials are under pressure from the White House to produce a justification to declare Iran in violation of a 2015 nuclear agreement, in an echo of the politicisation of intelligence that led up to the Iraq invasion, according to former officials and analysts.”