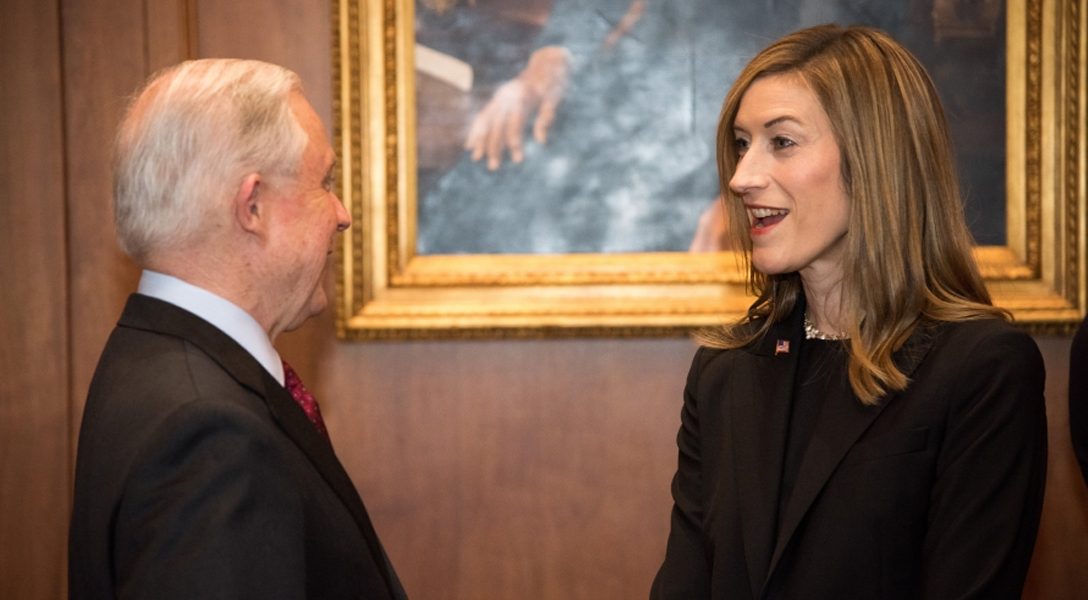 Three former senior officials told NBC news that Associate Attorney General Rachel Brand stated that the Department of Justice would not be guided by the findings of an intelligence assessment that determined refugees do not pose a significant threat to the US. Attorney General Jeff Sessions favored a different report that relied on misstated evidence to exaggerate threats. Photo credit: DoJ
Editors' Picks

An In-Depth Look at the UK’s CCTV System (Dan)

The Russian nationals that allegedly poisoned the Skirpals in April were pinpointed by using the UK’s closed-circuit television surveillance system. To quote a retired employee of Britain’s electronic intelligence agency, CCTV makes it “almost impossible in this country to hide.”

The author writes, “The California bill is viewed as even stronger and more consumer-friendly than the original measures carried out by the Obama administration and abolished in December by the Trump-era Federal Communications Commission. It is sure to set up a fight between broadband providers, which say strict rules would increase their costs, and consumer groups, which seek to ensure that all traffic on the internet is treated equally.”

The author writes, “Immigration authorities want North Carolina elections officials to turn over nearly a decade’s worth of voting records by the end of the month.”

From the Daily Beast: “Almost immediately after Facebook removed one Moscow propaganda channel, the same Russian intelligence-linked operatives had wormed their way back onto the site to push fake news.”

From Consortium News: “The United States today qualifies as a plutocracy — on a number of grounds, and it is having a profound impact on the media, education, and think tanks — indeed on the whole of society, says Michael Brenner.”

From GQ: “A strange thing has happened to men over the past few decades: We’ve become increasingly infertile, so much so that within a generation we may lose the ability to reproduce entirely. What’s causing this mysterious drop in sperm counts — and is there any way to reverse it before it’s too late?”