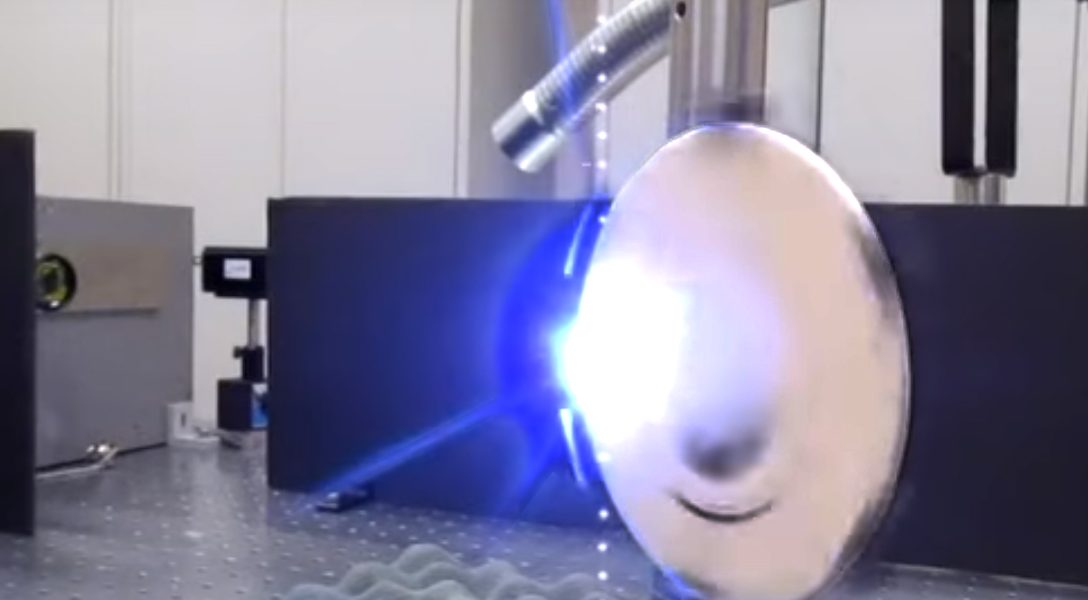 Aggressive Ventriloquism: The Department of Defense has been developing innovative non-lethal weapons to incapacitate targets. The Laser-Induced Plasma Effect is one such weapon. It can project human-like sounds into crowds and may soon project the human voice as well. Photo credit: Patrick Tucker / YouTube
Editors' Picks

Why Are Progressives Cheering Cable News’ Parade of Hawks and Liars? (Jimmy)

The author writes, “Just as they did in the lead-up to the Iraq invasion, MSNBC and CNN now serve up a steady parade of war-hawks, spies and liars, presenting them as credible and almost heroic as long as they criticize the despicable man in the White House.”

The author writes, “In 2015, Seattle became the first and only city to allow its ride-share drivers to unionize. But now the union may be broken up before it holds a single bargaining session, thanks to a legal alliance between Uber and the US Chamber of Commerce — joined recently by the Trump administration.”

This complicated and complex narrative about a Republican fundraiser, President Trump, Blackwater’s Erik Prince, and the Gulf States is raising eyebrows. Including Robert Mueller’s.

Have no doubt: the states that elected Trump will likely still vote for him in 2020. Here’s how to stop that from happening.

Will Gina Haspel’s Past Come to Light? (Dan)

Even Republicans are looking for more information about Gina Haspel’s notorious past before voting on her confirmation to be the next CIA director. The CIA may have to comply.