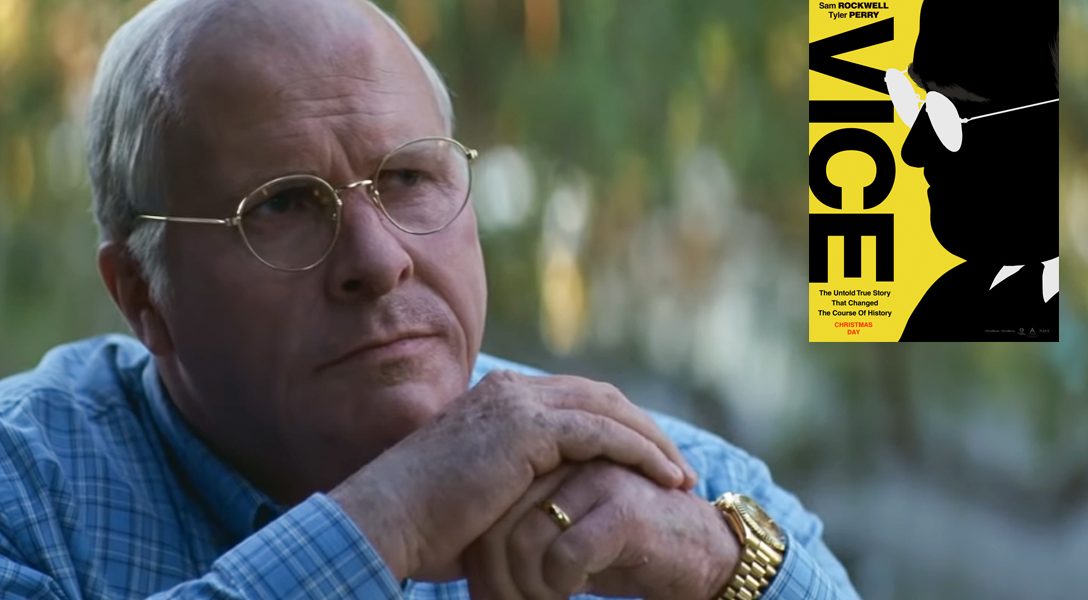 "Vice", the Dick Cheney biopic, will be released on Christmas Day. Performances by Christian Bale as Dick Cheney and Sam Rockwell as George W. Bush have Oscar buzz, but now the critics are weighing in with mixed results. Check out the reviews at Rotten Tomatoes. It sounds like Cheney fans may not like it. Photo credit: Vice.Movie
Editors' Picks

The Bank for International Settlements said in its quarterly report that the global financial system is fundamentally unstable and could lead to a frightening chain reaction in the next crisis.

From the New Republic: “Two cases down under show how lower libel standards silence accusers and the press, while protecting the wealthy and powerful.”

The author writes, “To protect itself from the next major hurricane, Texas will have to build storm-surge barriers, shore up wetlands, buy out residents who live in vulnerable areas, rethink development plans and raise the first floors of existing buildings, suggests a sweeping report prepared for Gov. Greg Abbott and released Thursday.”

The author writes, “Planning is underway for a ‘full’ and ‘rapid’ withdrawal of US troops from Syria, a US defense official told CNN Wednesday. The decision, which would be a reversal from previously stated US policy, was made by President Donald Trump, who has long signaled his desire to get out of Syria, the official added.”

Chuck Schumer Refuses to Endorse Medicare for All (Reader Luke)

The author writes, “Pressed by MSNBC’s Chuck Todd on whether he thinks it’s time for Democrats to unify around Medicare for All — which has the backing of 84 percent of Democratic voters — Schumer dodged, saying, ‘Look, Democrats are for universal access to healthcare, from one end of the party to the other.’”

The author writes, “A Silicon Valley start-up founder helped guide the US military’s cloud computing efforts as a Pentagon employee for more than a year, even though he had previously worked for Amazon’s cloud computing division, widely seen as a front-runner for a pending $10 billion cloud contract coveted by four of America’s biggest technology companies, computing giant Oracle alleged in a recent lawsuit.”

The author writes, “Working for a bankrupt retailer still has it perks — at least if you’re among hundreds of high-level employees at Sears Holdings.”