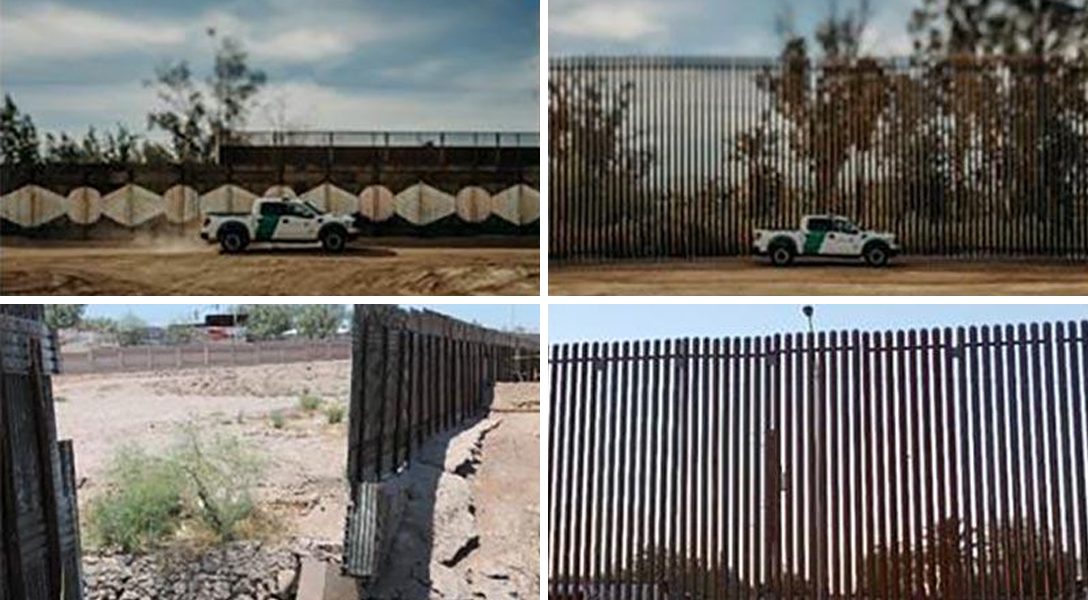 The Department of Homeland Security released a web page extolling it's wall-building successes: “By the end of FY 2019, DHS expects to have construction completed or underway for more than 120 miles in the areas it’s most needed by the US Border Patrol.” DHS claims that “Walls Work” by stating “when we have installed wall in Yuma Sector, we have seen border apprehensions decrease by 90 percent.” No link to evidence was provided. NBC News fact-checks these Trump administration claims. Photo credit: DHS
Editors' Picks

Did the ‘Washington Post’ Pull Its Punches on Amazon and USPS? (Russ)

The author writes, “Let’s admit one thing up front: covering Amazon for a newspaper owned by the company’s founder, Jeff Bezos, has to be almost impossible.”

From Bloomberg: “By targeting former employees for defying agreements, the cereal giant lays down a warning: Forget about suing us.”

What the Hell Is Wrong With Paul Ryan? (Reader Steve)

The author writes, “At a point when the whole world is demanding urgent action to end the Saudi-led bombardment and starvation of Yemen, the Speaker of the House has been scheming to prevent congressional debate on a resolution to get the United States out of a humanitarian crisis.”

From the Atlantic: “From seizing control of the internet to declaring martial law, President Trump may legally do all kinds of extraordinary things.”

The author writes, “Trump tried to place blame entirely on his lawyer for felonies that his advisers and allies are increasingly concerned could imperil the president. The statements come as Trump feels besieged by multiplying investigations in New York and Washington and uncertain about what may be around the corner, according to several of his associates.”

From Consortium News: “Hungarian scholar George Szamuely tells Ann Garrison that he sees a 70 percent chance of combat between NATO and Russia following the incident in the Kerch Strait and that it is being fueled by Russia-gate.”

The author writes: “A federal judge rejected a lawsuit Thursday by a Republican incumbent from Maine who lost the nation’s first congressional election held under a candidate-ranking system.”

The author writes, “Just two years ago, this would have been an extraordinarily radical essay. Its premise is that court-packing — increasing the number of seats on the Supreme Court to change its ideological makeup — is, in certain limited circumstances, justified. And it is not unlikely that those circumstances will arise soon.”

The author writes, “Despite being pushed off the official agenda, QAnon remained a fixation of many conference attendees. Even Trump’s former White House communications director praised the preposterous theory, which holds that special counsel Robert Mueller and Trump, working together in secret, have drawn up 50,000 sealed indictments of powerful pedophiles in order to thwart a deep state coup by Soros, the Clintons and former President Barack Obama.”

The author writes, “The White House in particular has pushed back against the Senate’s measure, and if it were to end up on Trump’s desk, it would almost certainly face a presidential veto. Additionally, the House approved a rule on Wednesday that blocks the chamber from taking up any Yemen resolutions before the end of the year, meaning the Senate resolution won’t advance.”