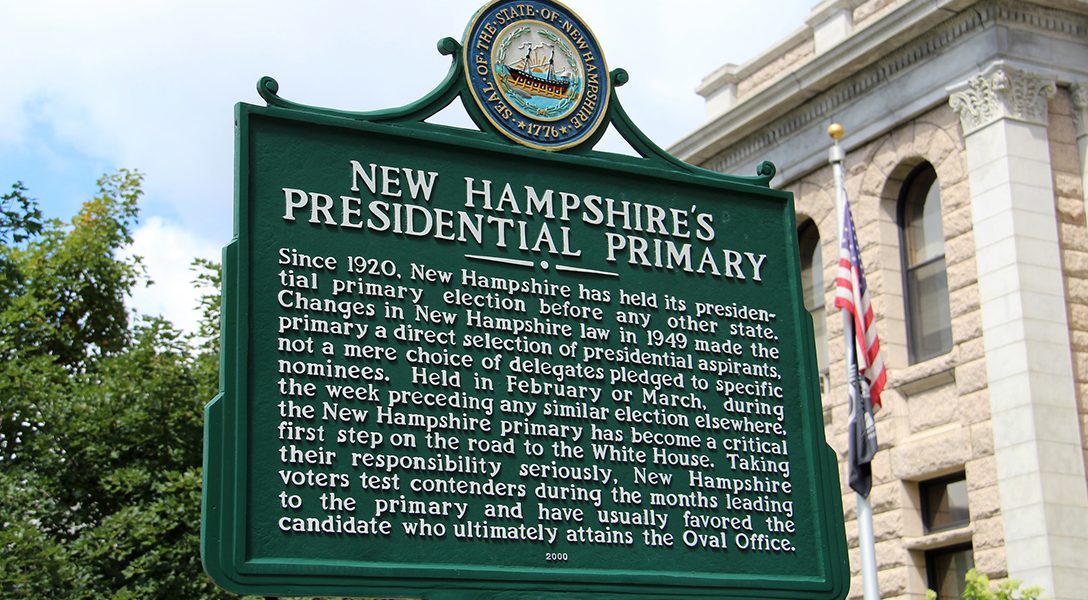 Debunking Voter Fraud: A study by election officials in New Hampshire concluded there is virtually no evidence of voter fraud in the Granite State. There is no truth to Republican claims of rampant in-person voter fraud and busloads of out-of-state voters being transported to the polls. Photo credit: C Hanchey / Flickr (CC BY-NC 2.0)
Editors' Picks

The author writes, “After an eight-month, $3.8 billion federal effort to try to end the longest blackout in United States history, officials say Puerto Rico’s public electrical authority, the nation’s largest, is almost certain to collapse again when the next hurricane hits this island of 3.3 million people.”

The author writes, “The Eagle Mountain, Utah, facility will be 970,000 square feet and located about 15 miles south of a National Security Agency data center in Bluffdale, Utah.”

The author writes, “The great test is being able to get information powerful people don’t want you to have. A journalist who is handed something, even a very sensational something, should feel nervous, sick, ambivalent. Hersh never stopped feeling that way, remaining an iconoclast and a thorn in the side of officialdom to this day.”

The author writes, “European judges have ruled that Lithuania and Romania violated the rights of two al-Qaeda terror suspects by allowing the CIA to torture them.”

Despite the Senate overturning FCC Chairman Ajit Pai’s push to repeal net neutrality rules, the fight continues at the state level. California is en route to pass what groups are calling the “gold standard” of net neutrality. However, those who are opposed to net neutrality are lobbying for the rules to remain a federal matter which, while Pai remains FCC Chairman, will ensure net neutrality stays repealed.