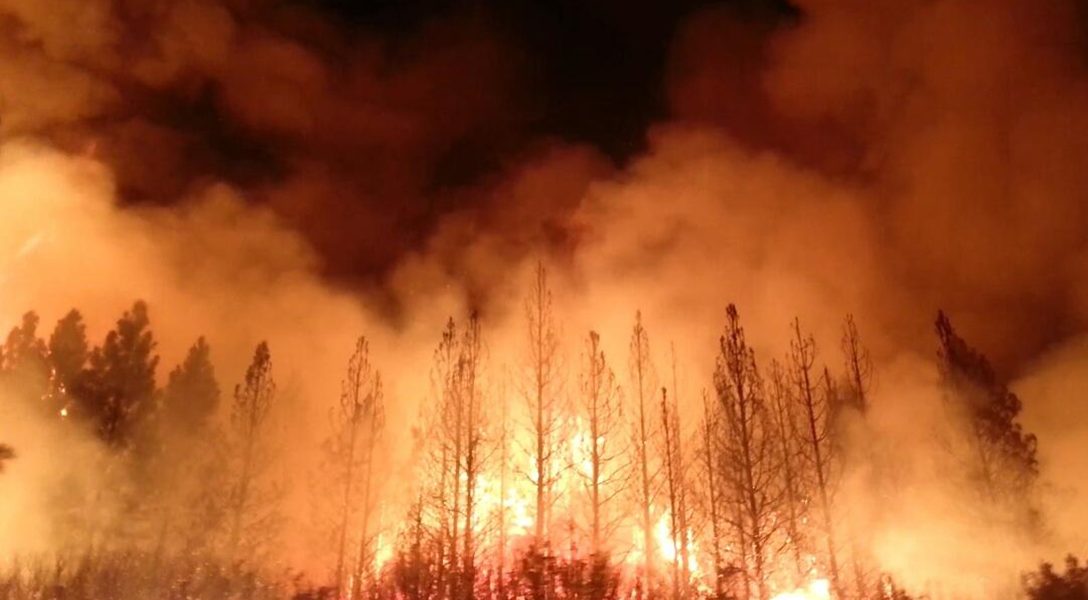 The author writes, “The Camp Fire burning near Chico, California is now the single most destructive and tied for the deadliest fire in state history. And it’s just one of two major infernos that have been raging in the Golden State as late-season winds have picked up and spread walls of flames.” Photo credit: US Department of Agriculture / Wikimedia
Editors' Picks

Will the New NAFTA Sink Under Democrats? (Dan)

Doubts are emerging about whether USMCA, or the renegotiated NAFTA, will survive after the Democrats retake the House next year. Sources report that the likely new House speaker Nancy Pelosi is seeking a better deal, while White House trade negotiator Robert Lighthizer appears to be against reopening talks.

The Heroic, Perplexing Tale of the Baltimore Man Who Was the Last Killed in WWI — Minutes Before Armistice (Reader Steve)

The author writes, “[Henry] Gunther was stationed in France, and according to published accounts he charged the German line, his bayonet fixed. The soldiers knew the war was about to end — word of the Armistice had swept through the ranks — and yet Gunther ignored the shouts of his comrades who urged him to turn back.”

The author writes, “‘It is not about again Democrats or Republicans,’ presenter Joe Biden said. ‘It’s about who we are. It’s about standing up for men and women who put their lives on the line to defend us every single day.’”

More than a year before the killing of journalist Jamal Khashoggi at the Saudi Consulate in Turkey, top Saudi intelligence officials discussed arranging assassinations of “Iranian enemies” with a small group of businessmen, including an Israeli with close ties to his country’s intelligence and security agencies. According to the article, the businessmen “saw their Iran plan both as a lucrative source of income and as a way to cripple a country that they and the Saudis considered a profound threat.”

This article “discusses the Georgia 6th District special election of 2017, which was the catalyst for the Georgia paper ballot suit, as well as the disturbing history of Georgia’s corrupted electronic elections from 2002 through the present.”

Left in the Dirt (Reader Steve)

From the San Francisco Chronicle: “As tons of toxic soil piled up around them, San Francisco assured the cops at Hunters Point shipyard they were safe. But the city never knew, and still doesn’t.”

Erdogan Says Audio of Khashoggi Killing Has Been Given to US, Saudis, Europeans (Jimmy)

The author writes, “An audio recording tracking the dying moments of journalist Jamal Khashoggi inside the Saudi Consulate in Istanbul has been shared with Saudi Arabia, Britain, France and Germany in addition to the United States, the leader of Turkey said Saturday.”