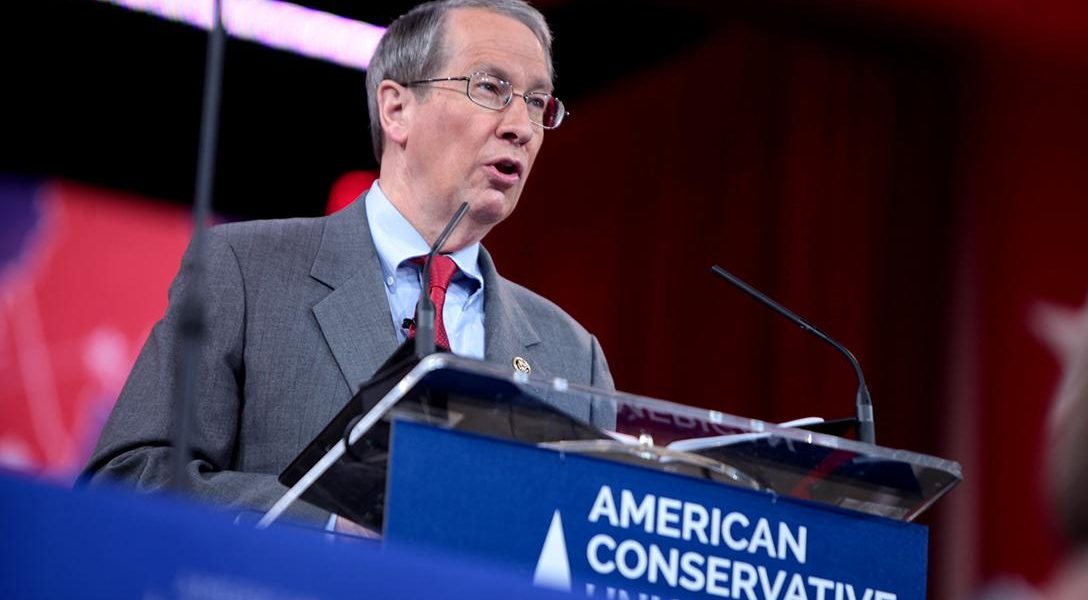 In the News: The republicans, in the US House, introduced a bill to make it much more difficult to bring class action lawsuits. About this photo: US Congressman Bob Goodlatte of Virginia is chairman of the Judiciary Committee where the bill was originated. Photo credit: Gage Skidmore / Flickr (CC BY-SA 2.0)
Editors' Picks

Why is Trump’s deputy assistant wearing the medal of a group known to be Nazi collaborators during World War II?

Potential clashes between Native American ‘water protectors’ and contractors from Energy Transfer Partners over the building of the Dakota Access Pipeline are expected within in the next few days. Originally cancelled by the outgoing Obama administration, Trump reversed the order to build the Dakota Access Pipeline to much dismay of Native American tribes who claim the land is sacred and environmentalist who fear potential damage to the land.

Iranian President Hassan Rouhani has appointed a commission to release an official report in a month. Architects and Engineers for 9/11 Truth has created a preliminary report that will be sent to “every member of that commission as well as to members of engineering faculties and professional associations throughout Iran.”

Iowa Senator Mark Chelgren believes that there are too many professors affiliated to one political party. Namely, the Democrats. Thus a potential hire would be blocked if their party affiliation would upset a bipartisan balance at state universities Thankfully Chelgren allowed for those registered as ‘no party’ not to be subject to the rule.

The False Belief That Anti-Semitism and Zionism Are Contradictory (Dan)

Trump’s Cabinet is filling up with people that are definitely pro-Israel and, on the other end, ostensibly anti-semitic. How does this occur? This article details the history of the Zionist movement and how strange bedfellows is not so uncommon.

On the important legal issues regarding economic and political power, US Supreme Court nominee Judge Gorsuch’s record shows he is on the side of the 1%.