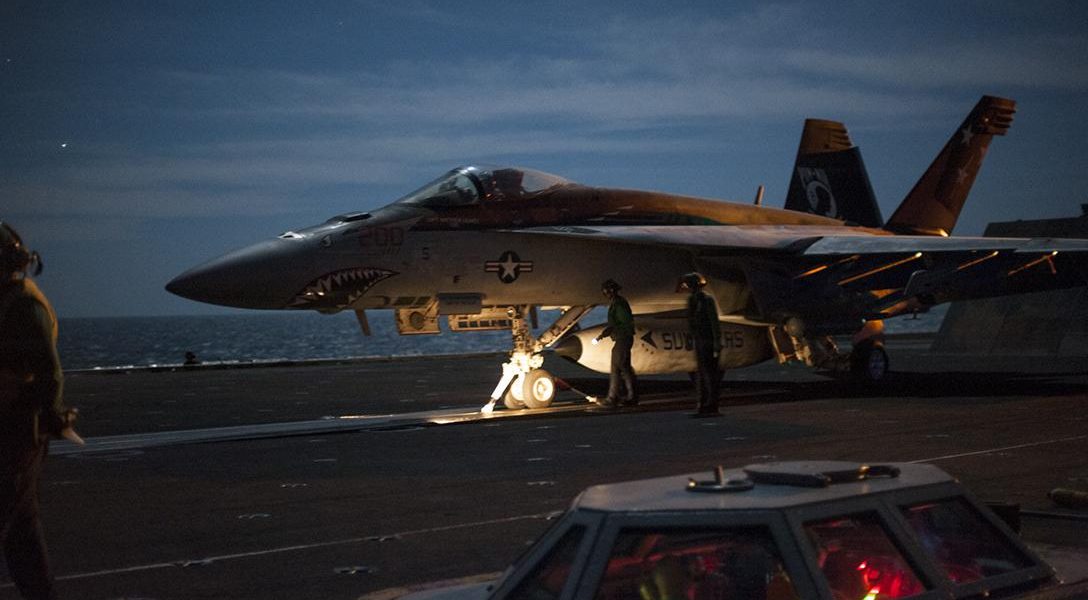 In the News: President Trump has moved U.S. troops closer to the front lines in complex fights in Iraq, Syria, Yemen and Somalia. He has also delegated more authority to the Pentagon to set force levels and hit targets from the air. Drone strikes have quadrupled compared with Obama’s average since Trump took office and in Yemen, US aircraft hit as many targets in just one week in early March as Obama struck in a year. To add to the military movement, the United States also just silently deployed a long-range artillery system in southeastern Syria, a move that failed to prompt any discussion. Photo credit: U.S. Naval Forces Central / Flickr (CC BY2.0)
Editors' Picks

The Danger of ‘Russiagate’ (Jimmy)

The author writes, “Contrast how many people know about NATO’s provocative military maneuvers on Russia’s borders…with the number who have heard the baseless accusations of ‘election hacking’. Imagine if Russia were holding military exercises along the Rio Grande in Mexico or establishing bases in Quebec. How would the US be reacting?”

Chris Hedges writes, “The future of humanity is now in peril. At best, we can mitigate the crisis. We cannot avert it. We are fighting for our lives.”

Opinion: Amazon’s Goal is to Take a Cut of All Economic Activity (Trevin)

A look at owner Bezos’ recent purchase of Whole Foods in light of Amazon’s stated mission to become “Earth’s most customer-centric company.”

ISIS Admits “Defeat” in Their Own Way (Dan)

The mosque where ISIS leader Baghdadi announced the forming of a caliphate in 2014 was bombed on Wednesday by the group. Experts believe this is an admission of defeat. Are they correct?