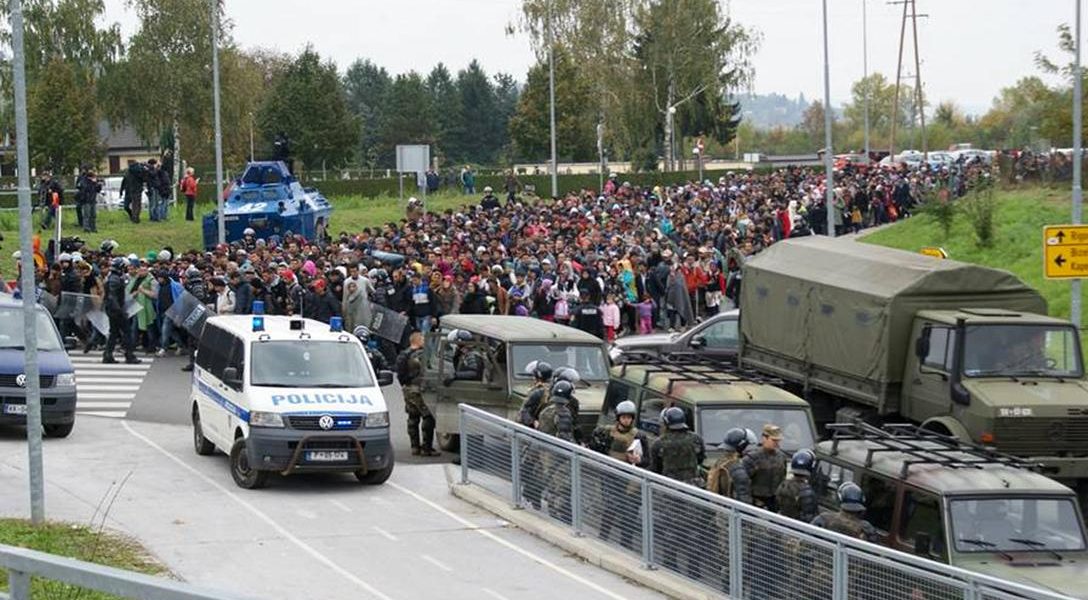 In the News: 65.3 million people have been forcibly displaced in the world, according to the United Nations High Commissioner for Refugees (UNHCR). Today, the UN is holding a Heads of State and Government level summit to discuss ways to improve the lives of refugees and migrants. President Barack Obama will host a Leaders’ Summit on the Global Refugee Crisis tomorrow as a separate event focused solely on refugees. About this image: Slovenian Army and a group of displaced people. Photo credit: Slovenian Armed Forces / Wikimedia (CC BY 3.0)
Editors' Picks

It won’t be easy, but it’s a first step. And, so often, California takes the lead.

The report on Snowden is dishonest … and that might be putting it nicely.

While few in the media take note of the apparent death of the transatlantic trade deal, hundreds of thousands protested against the TTIP in Germany and Europe.

NPR partially credits the island’s one-party system and “massive surveillance apparatus” for the fact that there have been only three reported cases of the virus contracted from local mosquitos.