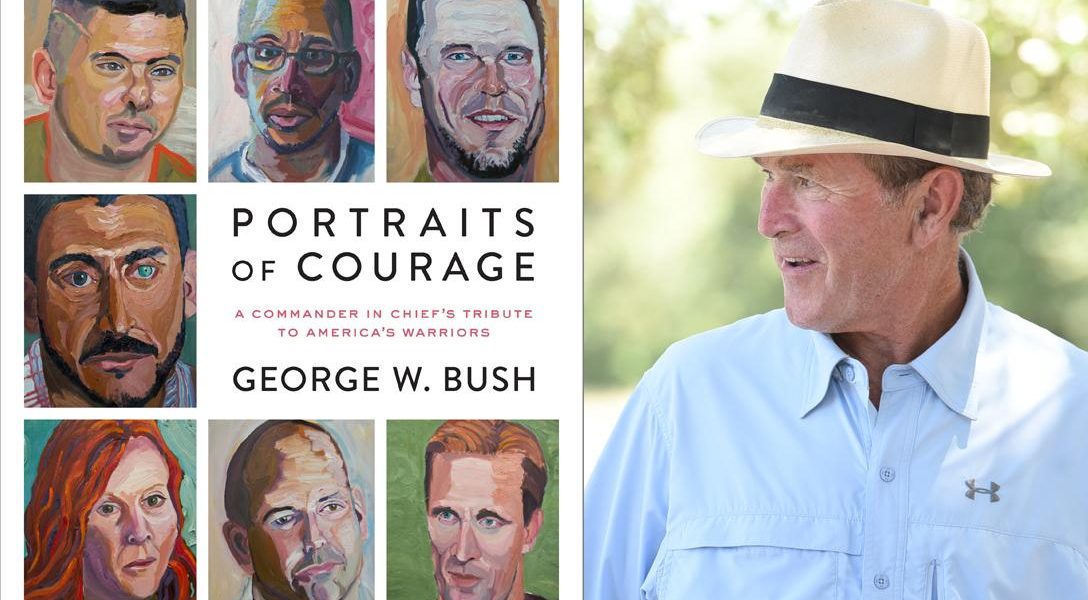 In the News: Crown publishing is releasing a new book by former President and current artist, George W. Bush, on February 28. The title of the book is "Portraits of Courage: A Commander in Chief's Tribute to America's Warriors." Photo credit: Crown publishing and The Bush Center / Flickr (CC BY-NC-ND 2.0)
Editors' Picks

Donald Trump’s son-in-law and senior advisor hasn’t yet spoken in public about the President’s immigration ban. Too bad. Jared Kushner could bring a personal touch to the discussion: in 1982 his grandmother, a Holocaust survivor, testified about the difficulties she faced in finding refuge in a world of closed borders.

The contested area is part of the land Israel seized from Jordan 50 years ago. Now, with settler residents reaching middle age, Israel wants to properly annex the land. Especially since hard-liners feel emboldened by support from the new administration in Washington.

The odds are low we will be hit by an asteroid, but if Trump axes NASA funding, a project geared toward learning all we can to help stop one is in danger of not moving forward.

The pipeline is nearly complete except for a part of land where, you guessed it, protestors are. Obama cancelled the project before leaving office. Now, with Trump signalling support, officials associated with the project are confident approval for an easement on the land is imminent.

In light of the recent Trump ban on 7 Muslim-majority countries including Iraq, the Iraqi parliament has approved a “reciprocity” ban on the US. The exact details on who will be banned, whether government employees, contractors, etc., is not yet known.