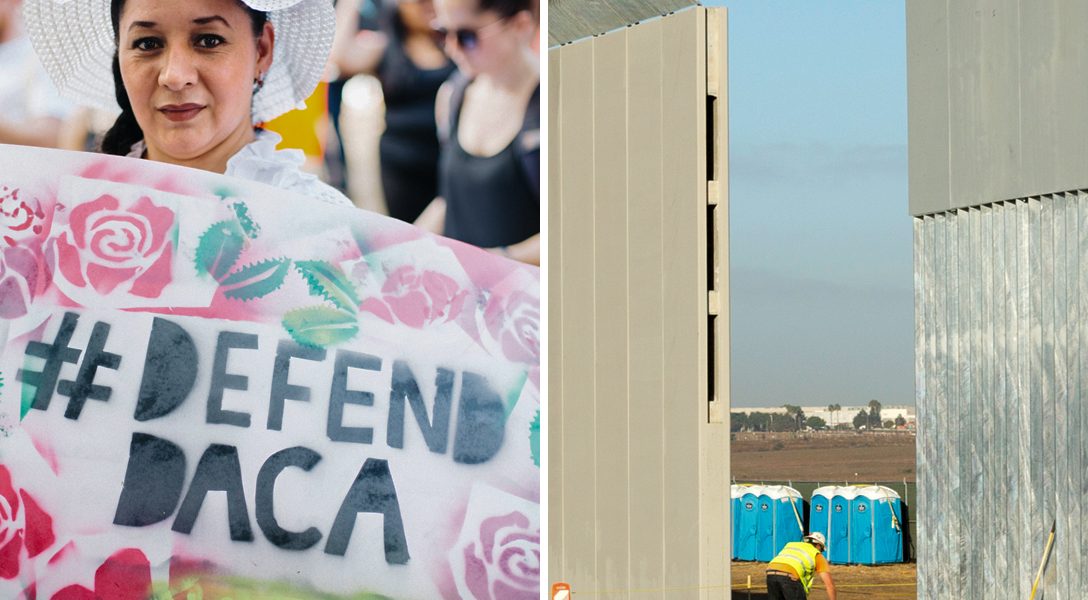 DACA Deal Dead? The White House pushed to get $25 billion for border wall spending in a deal with Democrats that would have extended the DACA program until just before the 2020 election. It is now doubtful an agreement can be reached before the vote on the upcoming congressional spending bill. Photo credit: Molly Adams / Flickr (CC BY 2.0) and U.S. Customs and Border Protection / Flickr
Editors' Picks

The data firm may be better at marketing itself than actually delivering voters, this writer claims.

War Against the Trade War (Dan)

Trump’s tough talk on tariffs has incensed allies and adversaries. But the hype might all be for nothing, as massive lobbying against the tariffs might derail Trump’s trade war inducing plans.

No, it’s not the latest virus to be scared of. CFIUS stands for “Committee on Foreign Investment in the United States,” an interagency committee led by Trump and his cabinet. It recently blocked the takeover of US Qualcomm by Singapore-based Broadcom for “national security reasons.” This video explains the future of CFIUS and why we’ll be hearing about it.

The author writes, “In the run-up to a vote this week on a bill co-sponsored by senators Bernie Sanders, Mike Lee, and Chris Murphy to withdraw US support for the Saudi air campaign — a move that, according to at least one insider, would end the war itself — the US’s major ‘liberal’ cable network has continued its radio silence. MSNBC continued to ignore the story this week as activists and a broad coalition of anti-war groups tried to put pressure on the Senate to finally end the US-sustained siege of Yemen.”

Reuters reports that “President Donald Trump will soon make it easier to export some types of lethal US-made drones to potentially dozens more allies and partners, according to people familiar with the plan.”