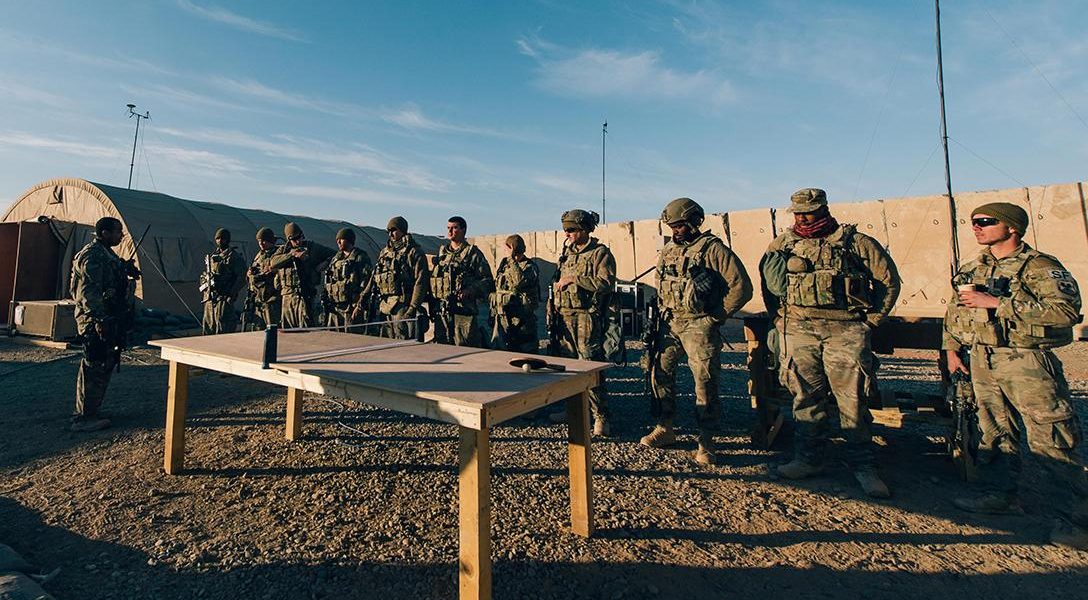 In the News: The US Navy has announced the death of Senior Chief Petty Officer Scott C. Dayton, 42, of Woodbridge, Virginia, while serving in an explosive ordnance disposal unit in northern Syria. Dayton died November 24 of wounds sustained in a blast from an improvised explosive device. About this photo: Briefing the troops while supporting Operation Inherent Resolve at Qayyarah West Airfield, Iraq, Nov. 19, 2016. Photo credit: US Air Force
Editors' Picks

Officially More US Jobs in Solar Than Oil (Jeff C.)

According to the International Renewable Energy Agency, US employment in solar has now surpassed that for oil and gas, as well as coal.

The so-called “working man’s” candidate is now looking for money and influence from the people whom he complained “rigged the system” during the campaign.

Trump Claims, With No Evidence, That ‘Millions of People’ Voted Illegally (Trevin)

The president-elect tweeted on Sunday that “In addition to winning the Electoral College in a landslide, I won the popular vote if you deduct the millions of people who voted illegally.”

Upon zooming in to the famous tower in Google Maps, the name was briefly changed before administrators reverted it back. A Google spokesperson apologized but provided no explanation.

Presidents tend to unleash a torrent of final wishlist initiatives in their “final” hour. Especially if the next administration is of the opposing party. Here are a few of Obama’s.