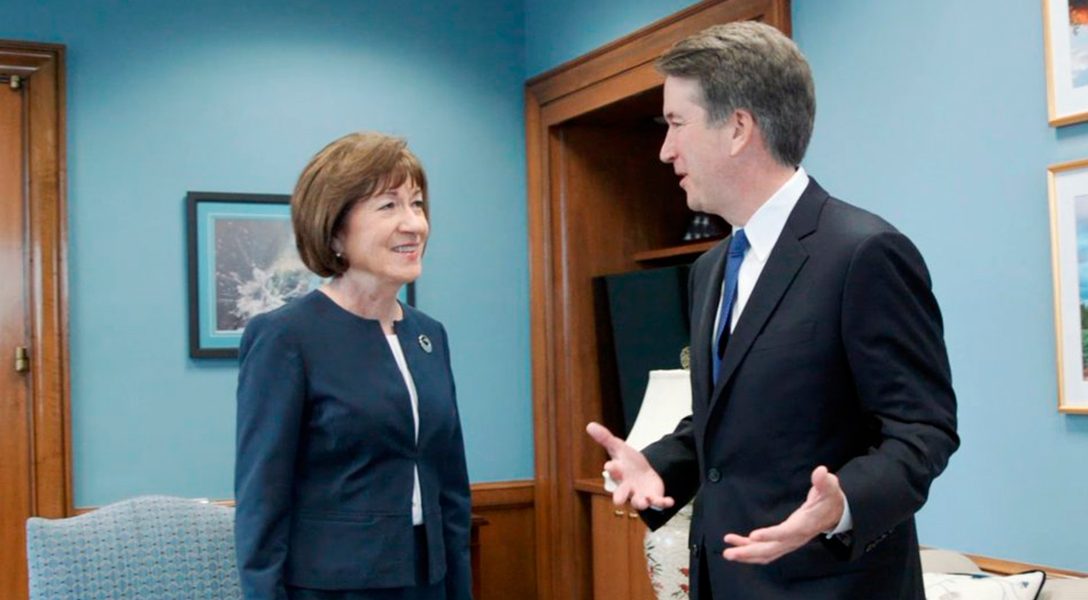 Sen. Susan Collins (R-ME) is considered a long-shot "no" vote on the Brett Kavanaugh nomination to the US Supreme Court. One of her constituents started a crowdfunding campaign that promises to bankroll her opponent if she votes for Kavanaugh. The campaign has received over 43,772 pledges to contribute that will be triggered if Collins votes yes. Collins claims this is bribery. Photo credit: Senate Republican Conference / Twitter
Editors' Picks

Crowdfunded Campaign to Get Collins to Vote Against Kavanaugh Raises Over $1.2 Million

The author writes, “Because the Weekly Standard is one of five news outlets that Facebook relies on to fact check articles posted by other sites, ThinkProgress was given the dreaded false rating, which could hurt ThinkProgress’s business by dramatically reducing referrals to the site.”

The author writes, “As the spoils of fracking and the Trump administration’s pro-drilling agenda increase demand for new fossil fuel infrastructure, private oil companies are seizing private property from landowners to build oil and gas pipelines across the country.”

Don’t Buy the Hype — George W. Bush Is Not a Part of the ‘Resistance’ to Trump (Reader Luke)

The author writes, “President George W. Bush’s time in office was plagued with scandal, unjust wars, and catastrophic mismanagement of federal agencies — but in light of President Donald Trump’s propensity to stoke a new controversy on a near daily basis, some look back fondly on Bush’s reign as a flawed, but more acceptable, instantiation of the Republican establishment.This is a huge mistake.”