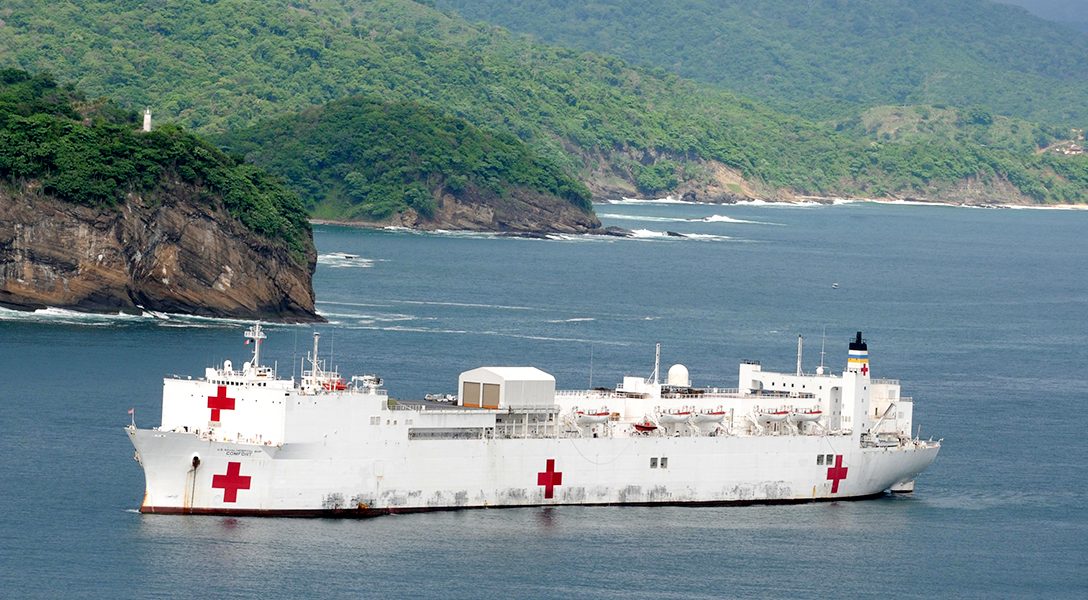 Ready to Help: The US Navy Ship Comfort, a Mercy-class hospital ship, is anchored off the coast of Puerto Rico, but communication issues are preventing patients from being referred there. The operating rooms, intensive care units, and 350 beds are grossly underutilized. Photo credit: Official U.S. Navy Page / Flickr
Editors' Picks

Does the NYPD lie on the witness stand? The media has pointed out that many on the force “justify false arrest” for “bonuses” and it is becoming “commonplace” for NYPD to lie.

In case you missed it, last night CNN hosted a debate with the two senators on the topic of the GOP tax plan that President Trump has been pushing. You can watch it here.

Alarmed by Trump, they’re on an unexpected side of the aisle. Interesting to contemplate where this might go — and whether this is a sign of a different mindset growing within the CIA.