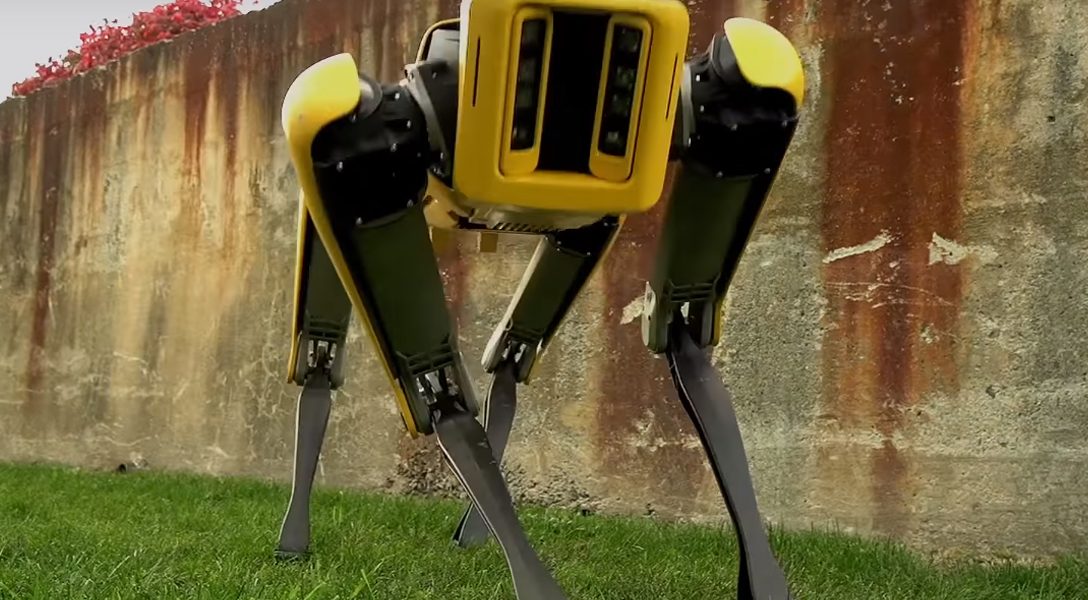 Robot Dogs: Boston Dynamics announced it will start selling their SpotMini four-legged robot in 2019. The company has been developing robots for 26 years. This first commercial model is designed for home or office. Photo credit: Boston Dynamics / YouTube
Editors' Picks

The author writes, “Trying to understand — truly understand — that the Pentagon spent 21 trillion unaccounted-for dollars between 1998 and 2015 washes over us like your mother telling you that your third cousin you met twice is getting divorced. It seems vaguely upsetting, but you forget about it 15 seconds later because … what else is there to do?”

The author writes, “Scott Pruitt’s EPA and the White House sought to block publication of a federal health study on a nationwide water-contamination crisis, after one Trump administration aide warned it would cause a ‘public relations nightmare,’ newly disclosed emails reveal.”

As Gaza Sinks Into Desperation, a New Book Makes the Case Against Israeli Brutality (Jimmy)

The author writes, “Summarizing the IDF’s use of Gaza, Israeli journalist Gideon Levy in the New York Times last April called it Israel’s ‘training field, a giant lab — for gauging the reactions of the nearly two million people it keeps under siege there, and for testing its innovating weapons, as well as the limits of what the world will let it get away with.’ ”

The author writes, “A top official with the Department of Health and Human Services told members of Congress … that the agency had lost track of nearly 1,500 migrant children it placed with sponsors in the United States, raising concerns they could end up in the hands of human traffickers or be used as laborers by people posing as relatives.”

Democratic leader Sen. Chuck Schumer (NY) is usually a thorn in President Trump’s side. Except the two found common ground on Trump’s decision to move the US embassy in Israel to Jerusalem. Its opening was marred yesterday by the deaths of many Palestinians protesting the move.

From the CIA to Sputnik (Reader Steve)