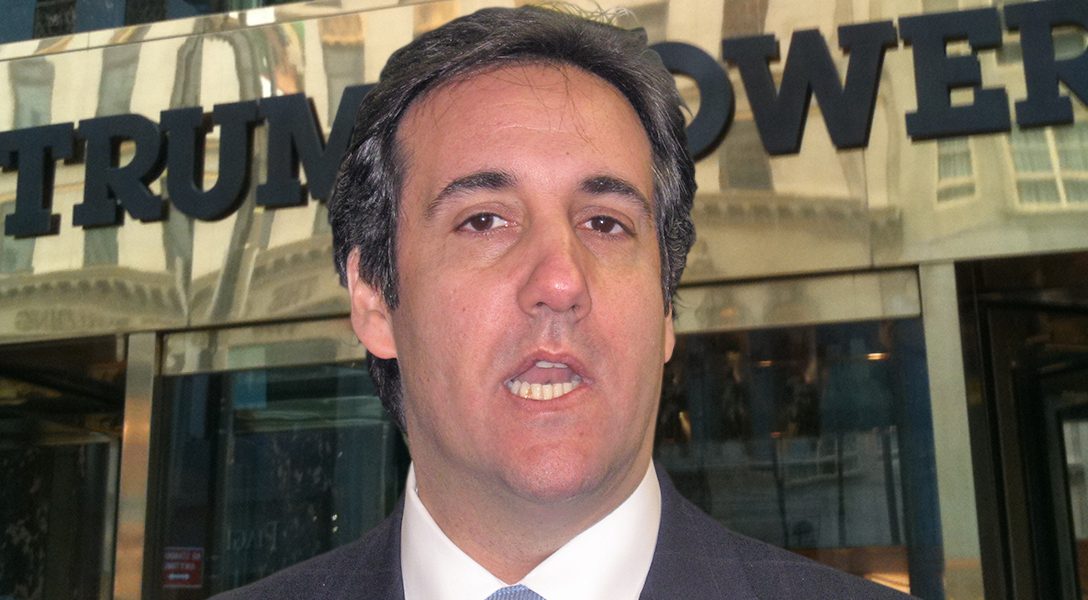 Michael Cohen, President Trump’s erstwhile attorney and convicted felon, has taken another step away from his ex-boss and re-registered as a Democrat. Cohen’s own attorney announced it on Twitter, claiming that with his return to the Dems Cohen is “putting family and country first” and “distancing himself from the values” of the current administration. Photo credit: IowaPolitics.com / Flickr (CC BY-SA 2.0) and Preston Kemp / Flickr (CC BY-NC-SA 2.0)
Editors' Picks

Michael Cohen Goes Back to Blue

The author writes, “The Trump administration is seeking to restrict protests by effectively blocking them along the north sidewalk of the White House and making it easier for police to shut them down. A National Park Service proposal also opens the door to charging organizers for the cost of putting up barricades or re-seeding grass.”

The author writes, “USA Today published an op-ed bylined by President Donald Trump Wednesday morning that’s so dishonest it could almost have been Trump speaking extemporaneously at a rally. In fact, it’s so dishonest that some clever editor appears to have subversively snuck links into the text that debunk some of its key claims — it’s hard to believe that Trump or his communications staff would have done so.”

You Buy a Purse at Walmart. There’s a Note Inside From a ‘Chinese Prisoner.’ Now What? (Reader Luke)

The author writes, “When Christel Wallace found a piece of paper folded up at the bottom of her purse in March 2017, she threw it in the trash. She hadn’t yet used the maroon bag, made by Walmart and purchased from one of its Arizona stores months ago. But after a few minutes, she got curious. She took the paper out of the wastebasket, unfolding the sheet to reveal a message scrawled in Mandarin Chinese.”

The author writes, “Susan Rice, a former national security official in President Obama’s cabinet, made news last week by suggesting she might run against Sen. Susan Collins, the Maine Republican who cast the deciding vote for Supreme Court Justice Brett Kavanaugh. But on the other side of the country, her son, a Republican activist at Stanford University who’s a fan of President Trump, found himself in a fracas over his support for the newly confirmed justice.”