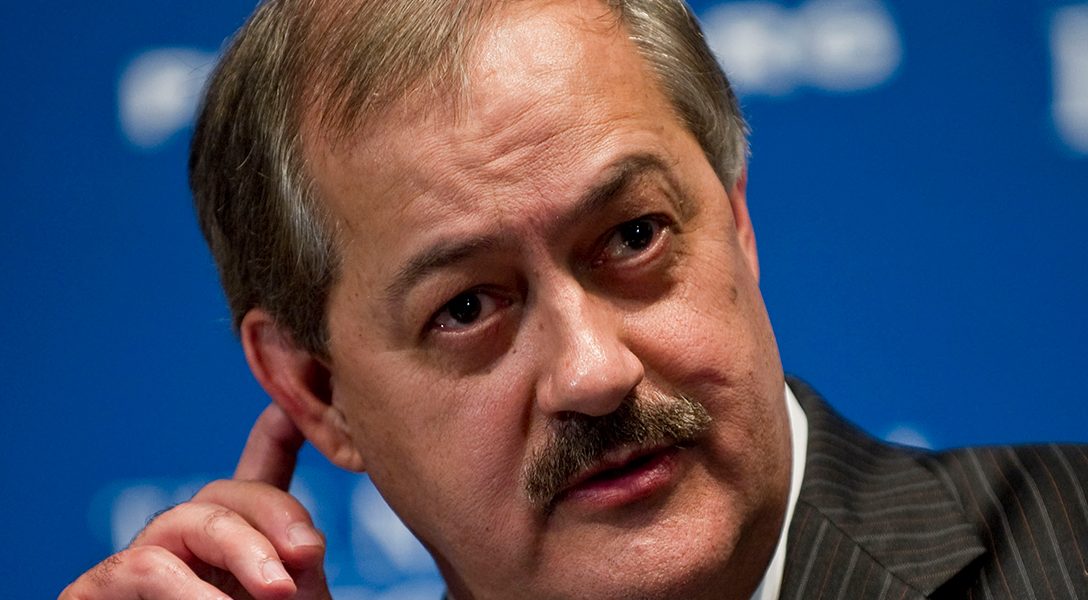 GOP Infighting: A West Virginia Republican Senate candidate is taking shots at Majority Leader Mitch McConnell (R-KY). Don Blankenship's new TV ad includes the statement, "One of my goals as US Senator will be to ditch Cocaine Mitch." This is an apparent reference to about ninety pounds of cocaine found on a ship owned by McConnell's in-laws. Photo credit: Rainforest Action Network / Flickr (CC BY-NC 2.0)
Editors' Picks

The author writes, “Thousands of demonstrators joined a general strike in the capital of Puerto Rico on Tuesday that ended in mayhem after the police fired tear gas and pepper spray to end a tense standoff with some of the protesters. The demonstrators gathered to oppose school closings, university tuition increases, and potential cuts to pensions and other benefits.”

The author writes, “A bipartisan group of six lawmakers, led by Sens. Bob Corker, R-Tenn., and Tim Kaine, D-Va., is proposing a new AUMF that would greatly expand who the president can place in indefinite military detention, all in the name of restricting presidential power. If the Corker-Kaine bill becomes law as currently written, any president, including Donald Trump, could plausibly claim extraordinarily broad power to order the military to imprison any US citizen, captured in America or not, and hold them without charges essentially forever.”

Clean energy groups, which usually donate heavily to Democrats, are sending more funds to Republican 2018 candidates who see clean energy initiatives, like wind and solar power, as a jobs program.

The author writes, “Both Koreas switched off their broadcasts in anticipation of last week’s historic summit between South Korean President Moon Jae-in and North Korea’s Kim Jong Un. After the meeting last Friday, the two leaders announced that they had agreed to a peace treaty and the ‘complete denuclearization’ of the Korean Peninsula.”

California’s Supreme Court handed down a ruling on Monday that would make the distinction between “employees” and “independent contractors” more dynamic. Many are calling the ruling a “seismic shift” in how current independent contractors, such as drivers for Uber and Lyft, will be classified.