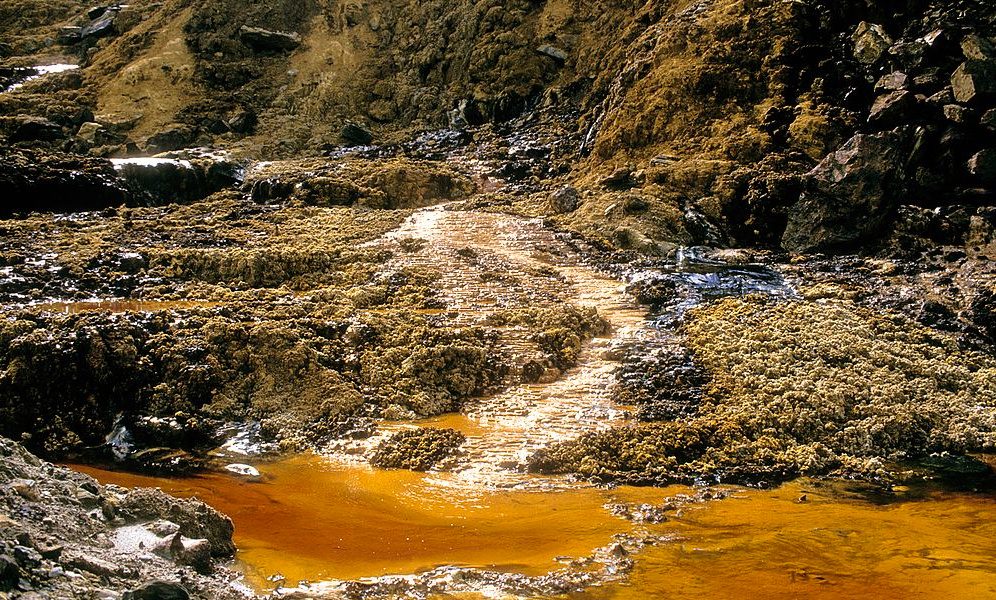 The author writes, “Bioremediation offers the possibility of cleaning some of the world’s most polluted sites using the power of nature — with a little human engineering. Allonnia, a startup spun off from the synthetic biology leader Ginkgo Bioworks, will announce today a $20 million investment from the cleantech fund Evok Innovations. Bioremediation involves harnessing naturally occurring microbes to break down pollutants in the environment.” Photo credit: CSIRO / Wikimedia (CC BY 3.0)
Editors' Picks

Border Patrol Agents Are ‘Working to Sabotage the Biden Administration,’ According to Insiders (DonkeyHotey)

The author writes, “While Republicans and right-wing media outlets are making noise about a ‘Biden border crisis’ in hopes of inflaming the anti-immigrant base that helped Trump win the White House in 2016, insiders who’ve worked at DHS, Border Patrol, and other executive branch agencies have a different view. These insiders say that many of the allegations being made by House Republicans and some of the problems arising at the border — such as the large number of minors remaining in CBP custody longer than court-ordered and statutory limits — have all the hallmarks of a coordinated push by Border Patrol officers, including the leadership of the Border Patrol’s pro-Trump labor union, to undermine the current administration.”

The author writes, “The coronavirus pandemic triggered an unprecedented surge in mailed ballots last year, raising concerns that a flood of first-time absentee voters would lead to another record: more ballots tossed out for missing deadlines, signatures or other reasons. Those fears never materialized. An analysis by The Associated Press found that the rate of rejected ballots was actually lower in November than during last year’s primaries in several politically pivotal states despite an increase in the number of absentee ballots cast.”

The author writes, “Franklin D. Roosevelt was surrounded by a phalanx of White men and one woman, Frances Perkins, the main architect of Social Security and much of FDR’s New Deal. Today, 69 million Americans receive Social Security payments of some kind, but few people know the name of Frances Perkins, the first female Cabinet secretary in U.S. history. The groundbreaking labor secretary paved the way for the women who came after her.”

From Futurism: “It’s the stuff of legend: a way to stop — or at least slow down — aging. Unlike Ponce de León searching for immortality in the swamps of Florida, though, a growing number of scientists now believe a treatment for Type 2 diabetes might be the key to slowing down the aging process. … More specifically, the scientists believe that the treatment — called metformin — can help prevent or slow down three age-related ailments: dementia, heart disease, and cancer. If metformin can effectively combat these diseases, it can also potentially extend our lifespan.”

How, After 170 Years, a ‘Lost’ Bird Was Found in the Jungles of Indonesian Borneo (Dana)

From the Indian Express: “Some time between 1843 and 1848, a German naturalist by the name of Carl Schwaner, trekking through the dense equatorial forests of Borneo, came across a small brown-grey songbird with a distinctive broad, black eye-stripe running all the way around its head. For more than 170 years after that reporting, this single specimen represented the only recorded sighting of this bird species — the species holotype is now at the Naturalis Biodiversity Center in Leiden, Netherlands. Until late last year.”