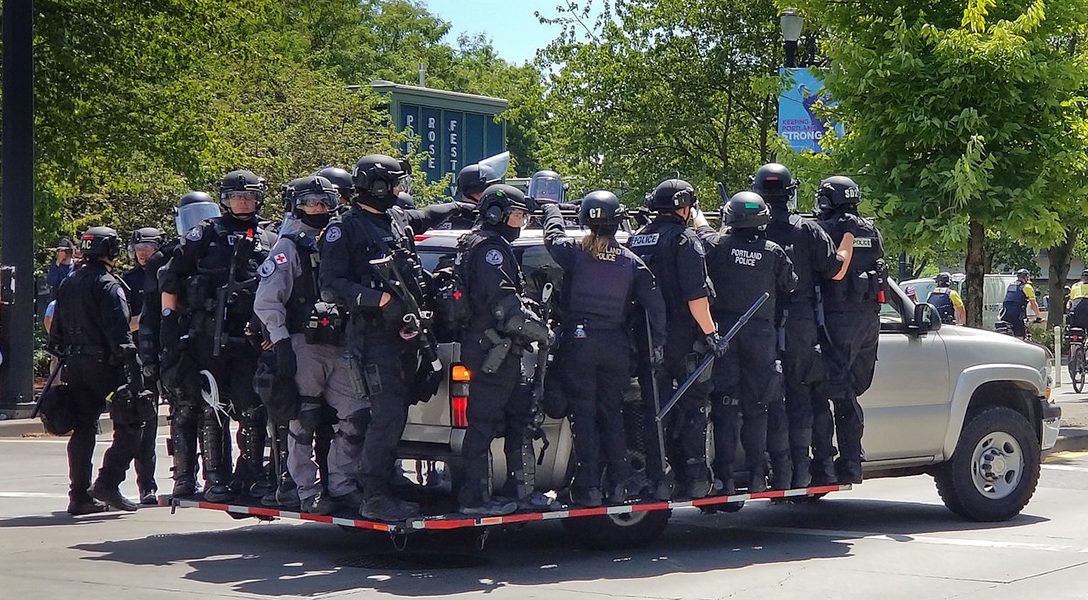 A campaign rally was held last Saturday in Portland for Republican Senate candidate Joey Gibson. He is leader of the right-wing group Patriot Prayer. A number of leftist groups showed up to protest the rally. It was a mostly peaceful scene until the police ordered the leftist protesters to disperse. The world press offered a variety of perspectives on the event. Photo credit: Old White Truck / Flickr (CC BY-SA 2.0)
Editors' Picks

Clash of Ideologies in Portland

This historian of Nazi Germany thinks so. Here’s why.

Trump believes California’s wildfires could be lessened if “water supplies weren’t being diverted into the Pacific Ocean.” Climate scientists disagree.

Even the FBI Agrees: When Undercover Agents Pose as Journalists, It Hurts Real Journalists’ Work (Jimmy)

The author writes, “The FBI has previously disclosed that agents have pretended to be news reporters to further investigations. But questions remain about how often such covers are used and what policies are in place to govern the deployment of fake reporters.”

US Refuses to Back Canada in Saudi Arabia Dispute (Reader Luke)

The author writes, “The US government has declined to come to Canada’s defence in the growing diplomatic crisis over its criticism of Saudi Arabia’s human-rights record.”