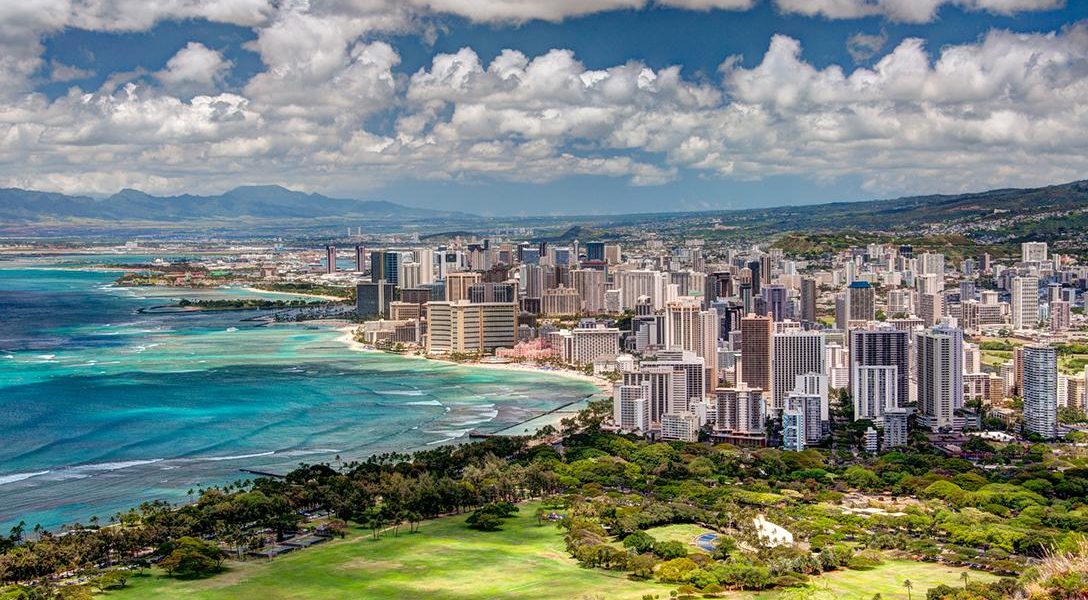 In the News: President Obama is meeting with Japanese Prime Minister Shinzo Abe in Honolulu, Hawaii, today. The meeting will focus on areas of cooperation between the US and Japan. The two leaders will also tour the USS Arizona Memorial at Pearl Harbor. About this photo: View from Diamond Head crater overlooking Honolulu and the Pacific Ocean. Photo credit: John Liu / Flickr (CC BY 2.0)
Editors' Picks

Antibiotic Use Up in Animals Despite Pledges (Russ)

Everyone brags about not using meat raised on antibiotics. But there’s more of it every year.

House Democrats caused a stir over their sit-in protest for additional gun control measures. Paul Ryan and other House GOP members are looking to prevent another such spectacle.

The bill, originally introduced by Senator Rob Portman (R-Ohio), was slipped into the 2017 NDAA, which Obama quietly signed on Friday.

Empire vs. Republic: American Exceptionalism and the Election (Victor)

While America’s powerful foundational myth of exceptionalism—Reagan’s “City on a Hill” metaphor—continues to inform domestic politics, much of the world has perceived America’s face as that of imperialism masked as a drive toward modernization. Donald Trump and Hillary Clinton offered international observers of the campaign different versions of that same flawed thinking and rhetoric.

Freedom Caucus List of Rules to Repeal is Plagiarized (Celia)

The suggested list of over 200 rules for President-elect Trump to repeal was mostly pulled from the Heritage Foundation and other organizations without attribution.