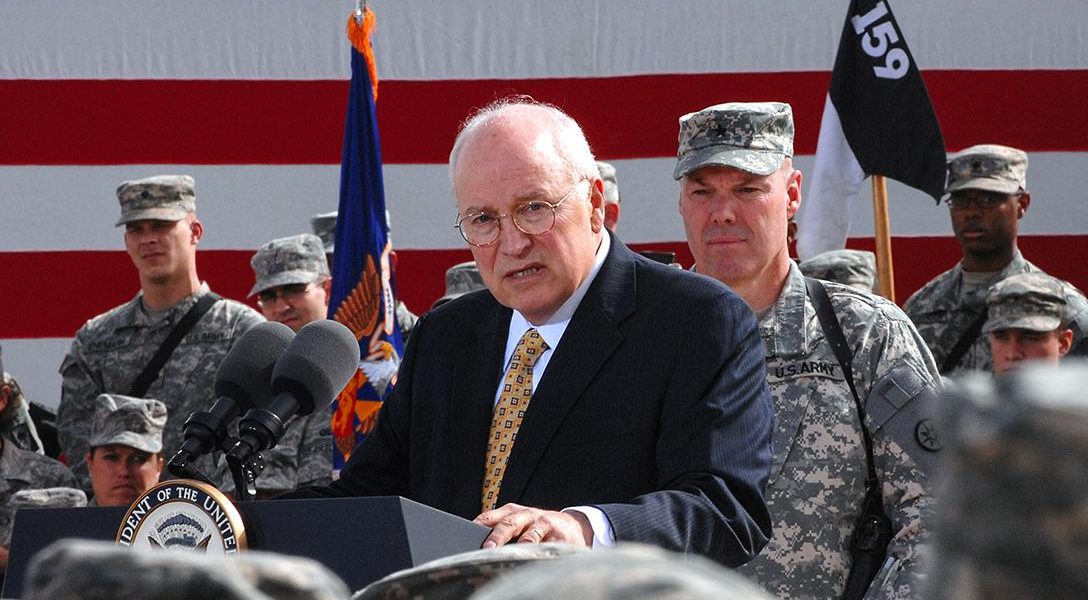 The Wall Street Journal published an editorial yesterday by former Vice President Dick Cheney and his daughter Liz. In their piece about 9/11, they said this of President Obama, "No American president has done more to weaken the US, hobble our defenses or aid our adversaries." Mr. Cheney has made many memorable statements in the aftermath of 9/11, including this exchange with Tim Russert on Meet the Press, March 16, 2003. About this photo: Vice President Dick Cheney speaks to servicemembers March 18, 2008, at Balad Air Base, Iraq. Photo credit: Senior Airman Julianne Showalter / US. Air Force
Editors' Picks

Green Totes — Turn out Not to Be So EnviroFriendly (Russ)

It now seems that those reusable tote bags that conscientious folks take to the market may be worse for the environment than plastic bags.

The original headline was changed to downplay the Russian TV ‘treason’ section.

“Why do you think they let Hinckley out?”

It’s for JASTA —- ‘Justice Against Sponsors of Terrorism Act’ — which would pit the White House against the No. 2 Democrat in the Senate Chuck Schumer. Any vote will happen after the November elections, of course.

“Netanyahu speaks Israeli, and in such beautiful English!” (Jesse)

There is an augmenting gap between Israeli prime minister Netanyahu’s words and deeds, despite the fact that he is currently in the best position to move forward to a final status agreement.