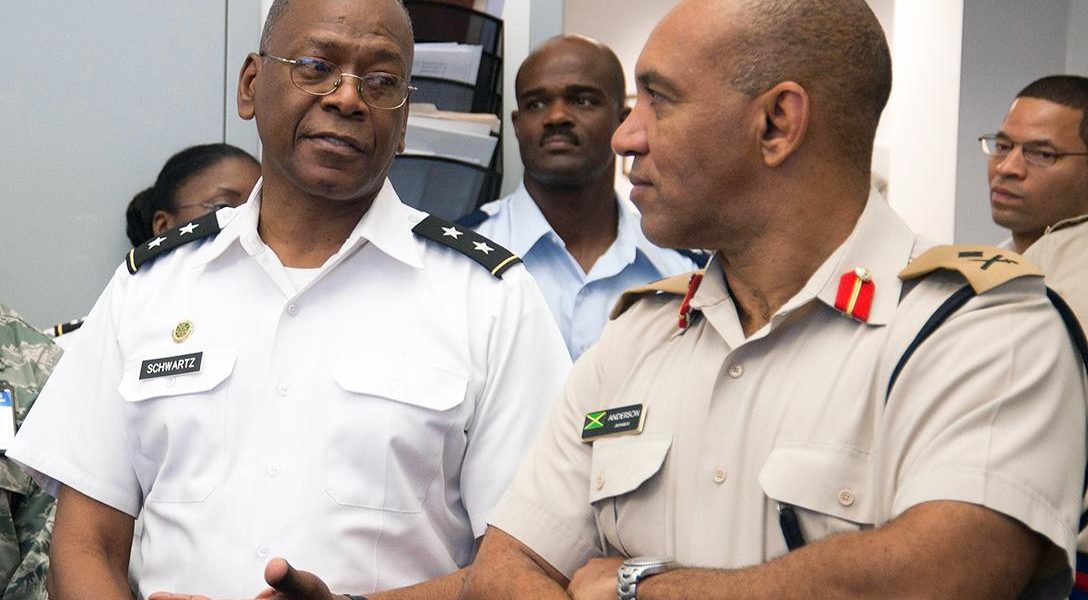 In the News: The 58th US presidential inauguration will be supported by about 13,000 military personnel, including active-duty military and National Guard members from more than 40 states and territories. Maj. Gen. Errol R. Schwartz, commanding general of the District of Columbia National Guard, had been scheduled to leave his post at noon, but after news reports he was asked to stay. About this photo: Army Maj. Gen. Errol R. Schwartz (left), talks with Jamaican Defense Force Maj. Gen. Antony B. Anderson. Photo credit: DC National Guard
Editors' Picks

Our Revolution, a group that grew out of the candidate’s presidential campaign, turned out over 800 Sanders supporters to sign up for delegate seats. They won over 650 out of a possible 1,120 seats in the largest Democratic Party organization outside of DC.

Trump and the Intelligence Community have not been the best of friends over the last few weeks. Perhaps the meeting is to bury the hatchet?

Retired Marine general James Mattis had to be granted a waiver by Congress in order to be appointed Secretary of Defense. Senator Gillibrand dissented from granting the waiver on the principle that the military should be under civilian control.