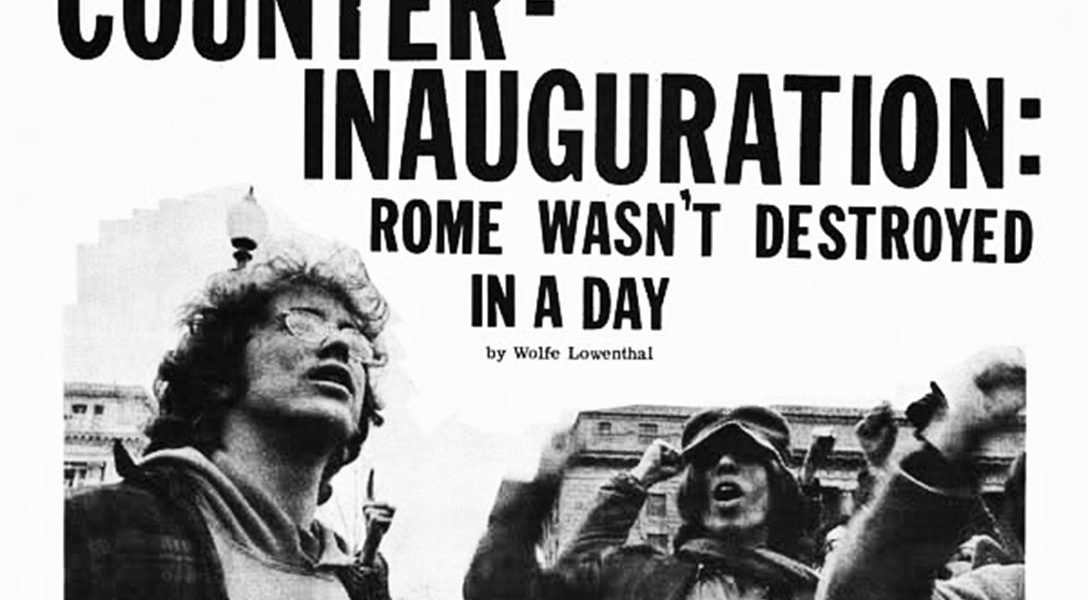 On this Day: Protesters against the Vietnam War and the election of Richard Nixon held an “In-HOG-uration” of a pig in January 1969. These ceremonies were part of a Counter-Inaugural Ball, featuring Ms. Pigasus, that took place on the National Mall. About this photo: Front page of the Washington Free Press, from February, 1969. Photo credit: Washington Area Spark / Flickr (CC BY-NC 2.0)
Editors' Picks

At the World Economic Conference in Davos, Amin Nasser told a Wall Street Journal panel that $25 trillion would need to be invested over the next 25 years on new oil capacity to meet rising demand.

The Muslim minority group the Rohingya has long been oppressed in Myanmar due to the military rule. The Rohingya expected a change with the popular Aung San Suu Kyi’s ascendence to power (and reversion to Myanmar from Burma). Instead, violence has increased against the Muslim minority. Now ISIS and other militant groups are coming to the aid of the Rohingya.

The charity organization Oxfam has just released its startling study on wealth concentration. This is a big change from last year when it took the top 62 richest to equal the wealth of the bottom half.

The files were previously available, but only during business hours on four computers at the National Archives.

The murder of Isidro Baldenegro marks the second killing of a Goldman Prize recipient. Last year Berta Cáceres was murdered in her native Honduras. Their deaths continue a trend of violence against South and Latin American environmental activists, particularly from indigenous cultures.

Elites meeting at the annual World Economic Forum in Davos, Switzerland are expressing their worries about populism, and how they can maintain political and economic order.