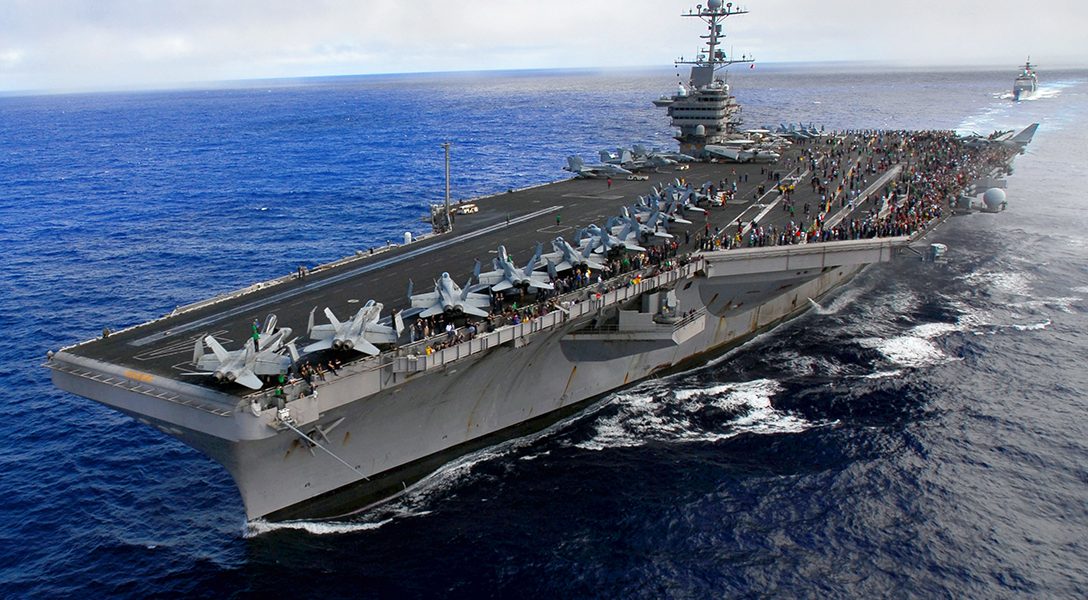 From News.com.au: “Beijing has a devastating plan to force the world out of the East and South China Seas — and it could cost the US 10,000 lives.” Rear Admiral Lou Yuan, said “What the United States fears the most is taking casualties.” Photo credit: US Navy
Editors' Picks

At the Peak of the Holocaust, Nazis Murdered More Than 14,000 Jews a Day, Scholar Says (Reader Steve)

The author writes, “In the ledger of evils perpetrated by humans, Operation Reinhard holds a special place.”

Bolsonaro Says Brazil May Host US Base, Calls Trump ‘Most Powerful Man in the World’ (Jimmy)

The author writes, “Bolsonaro, dubbed the ‘Trump of the Tropics’ for his rhetoric, uncannily similar to that of US President Donald Trump, lived up to his nickname as he floated the idea of welcoming US soldiers on a permanent basis, reiterated his support for Israel, while calling Venezuela ‘a dictatorship’ and Russia its enabler.”

The author writes, “The Pai-led Federal Communications Commission repealed Obama-era net neutrality rules, but the repeal could have been reversed by Congress if it acted before the end of its session. Democrats won a vote to reverse the repeal in the Senate but weren’t able to get enough votes in the House of Representatives before time ran out.”

Nancy Pelosi Is Now Second in Line to the Presidency. Who Else Is on the List? (Reader Steve)

The author writes, “Control of the US House of Representatives isn’t the only thing that got shaken up in Washington on Thursday.”

The author writes, “China landed a lunar probe on the far side of the moon, the first ever spacecraft to reach the surface that always faces away from Earth and giving a boost to the country’s ambitious space program.”