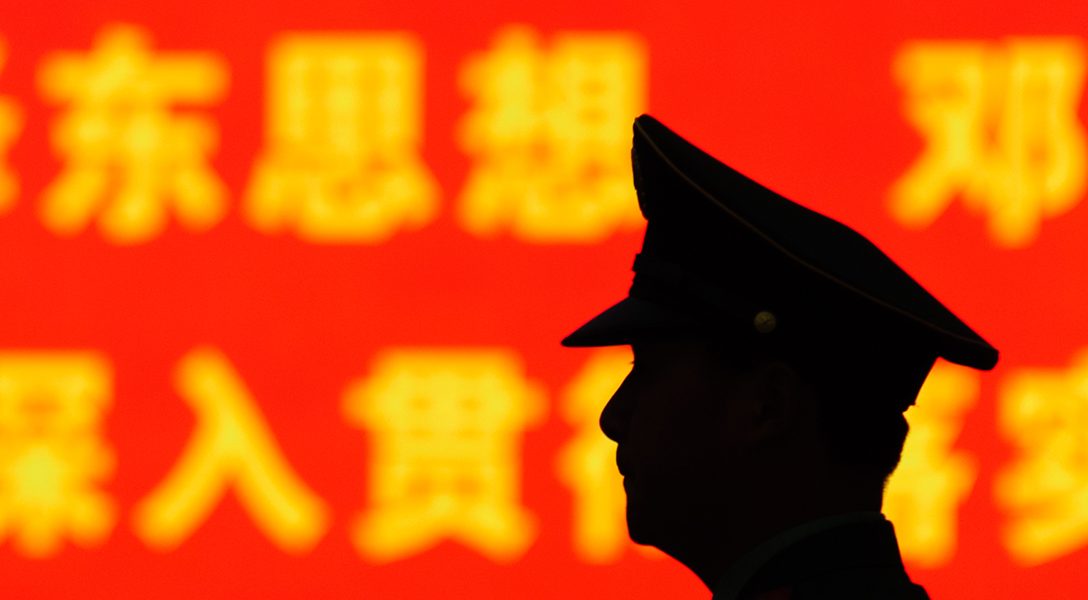 Predictive Policing: Chinese police are using artificial intelligence to identify people they claim are potential terrorists in the far western Xinjiang region. It appears that large numbers of Uyghurs have been sent to re-education camps based on behavior profiles developed from a wide variety of data. Photo credit: Johnathan Nightingale / Flickr (CC BY-SA 2.0)
Editors' Picks

Just how serious are we about protecting our elections from hackers? Judging by the difficulty of finding even one article on Gabbard’s new bill, not very. The legislation intends “to protect the country’s election infrastructure from cyber-hackers by requiring the use of voter-verified paper ballots or a paper ballot backup in federal elections.”

Vote at Your Own Risk (Reader Steve)

Undocumented immigrants will be able to vote for the first time in San Francisco this November. Yet there is a catch. When the law was passed, no one thought Donald Trump would be president. Now that he’s in the Oval Office, San Francisco city officials are worried Immigration and Customs Enforcement (ICE) agents will subpoena voter rolls, which contain addresses and other personal information, to deport any undocumented voters.

At least according to Rolling Stone columnist Matt Taibbi’s analysis of the current political climate. From Bernie Sanders to Catalonia to the recent Italian elections, the spectre of Russian influence, real or not, is often used by establishment politicians to destroy challengers of the status quo.

During his rise, Turkish president Tayyip Erdogan was seen as a liberalizing force, with policies that helped the middle class gain prosperity after years of recession. Then the takeover happened. Erdogan’s ambitions led him to infiltrate aspects of Turkish life, including most government institutions and media outlets. Now he is taking aim at the internet.

The author writes, “The ranked-choice system is used by several municipalities nationwide, including the city of Portland. Under the system, voters rank candidates in order of preference. If no candidate has more than 50 percent of the vote after the first tally, the candidate with the fewest votes is eliminated, but voters who chose the eliminated candidate have their ballots added to the totals of their second-ranked candidates. The ballots are then recounted.”

The author writes, “Across Oklahoma, teachers, labor organizers, parents and school boards are taking steps to follow West Virginia in launching their first major strike since 1990 to demand higher pay from the state Legislature.”