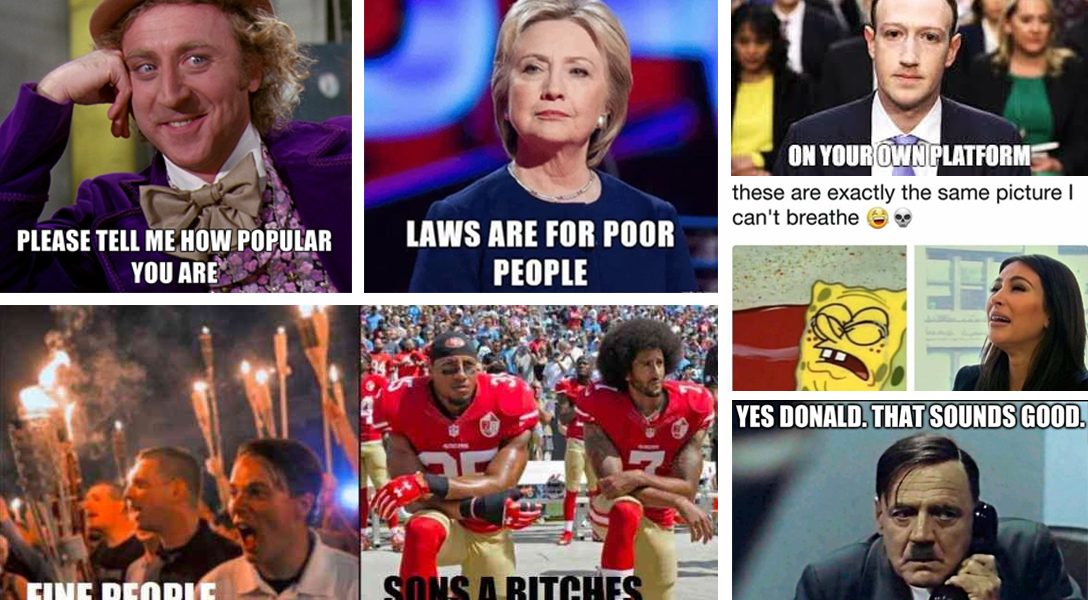 Casual Copyright Abuse: Social media users grab images, slap some words on them, and share the 'memes' as jokes or commentary. Culturally this is similar to "watercooler talk," but legally these are often copyright violations. A new EU law would hold internet companies responsible for the infringing acts of their users. Photo credit: Google Image Search
Editors' Picks

The NSA’s Hidden Spy Hubs in Eight US Cities (Jimmy)

The author writes, “Atlanta, Chicago, Dallas, Los Angeles, New York City, San Francisco, Seattle, and Washington, DC. In each of these cities, the Intercept has identified an AT&T facility containing networking equipment that transports large quantities of internet traffic across the United States and the world. A body of evidence — including classified NSA documents, public records, and interviews with several former AT&T employees — indicates that the buildings are central to an NSA spying initiative that has for years monitored billions of emails, phone calls, and online chats passing across US territory.”

I’ve Been Reporting on MS-13 for a Year. Here Are the 5 Things Trump Gets Most Wrong (Reader Luke)

The author writes, “The gang is not invading the country. They’re not posing as fake families. They’re not growing. To stop them, the government needs to understand them.”

The author writes, “From the Bolshevik Revolution to 9/11, mass detention starts as a temporary measure and becomes an indefinite nightmare.”

The author writes, “Don’t tell anyone, but American conservatives will soon be embracing single-payer healthcare, or some other form of socialized healthcare.”