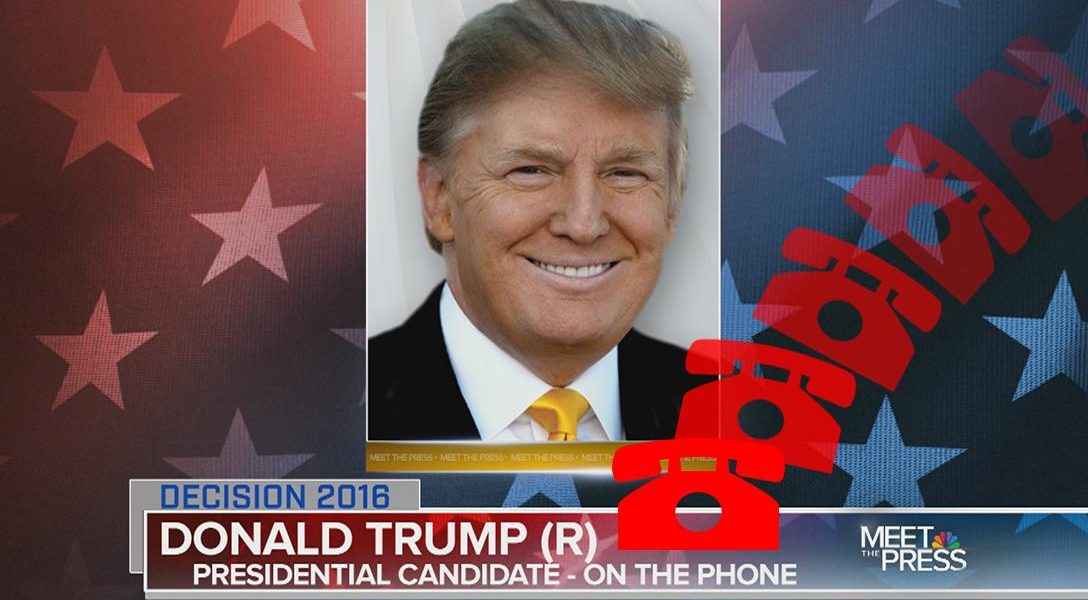 On this Day: A year ago today, Meet the Press host, Chuck Todd, had candidate Donald Trump on the phone to discuss his allegation that “thousands and thousands of people were cheering” the events of 9/11 in Jersey City, New Jersey. Trump was given special phone-in privileges by the "Sunday Shows" and other news outlets during the 2016 campaign. On March 20, 2016, Todd told The New York Times that he "will no longer allow Mr. Trump to do prescheduled interviews by phone." Photo credit: Adapted by WhoWhatWhy from NBC News
Deep State Editors' Picks

Letter calls on the agency to “blow the whistle on itself now while there is still time.”

Saudi Arabia pulled out of planned talks with non-OPEC nations, including Russia, as disagreements about how to share the burden of supply cuts stood in the way of a deal to boost prices just days before a make-or-break meeting in Vienna.

An Old Video, But More Relevant Than Ever (Milicent)

Hear George W. Bush praising the Muslim religion soon after 9/11, as he explains the differences between Islam and terrorism.

If You Want Blood (You’ve Got It): ‘The Carter Cables III’ (Trevin)

Wikileaks marked the six-year anniversary of ‘Cablegate’ yesterday with the release of over half a million diplomatic cables from what their press release calls “‘year zero’ of our modern era” — 1979.

UKIP was established to get the UK out of the European Union. After that happened, the party’s leader Nigel Farage left his post. Now with new leader Paul Nuttall the party looks to loftier goals.