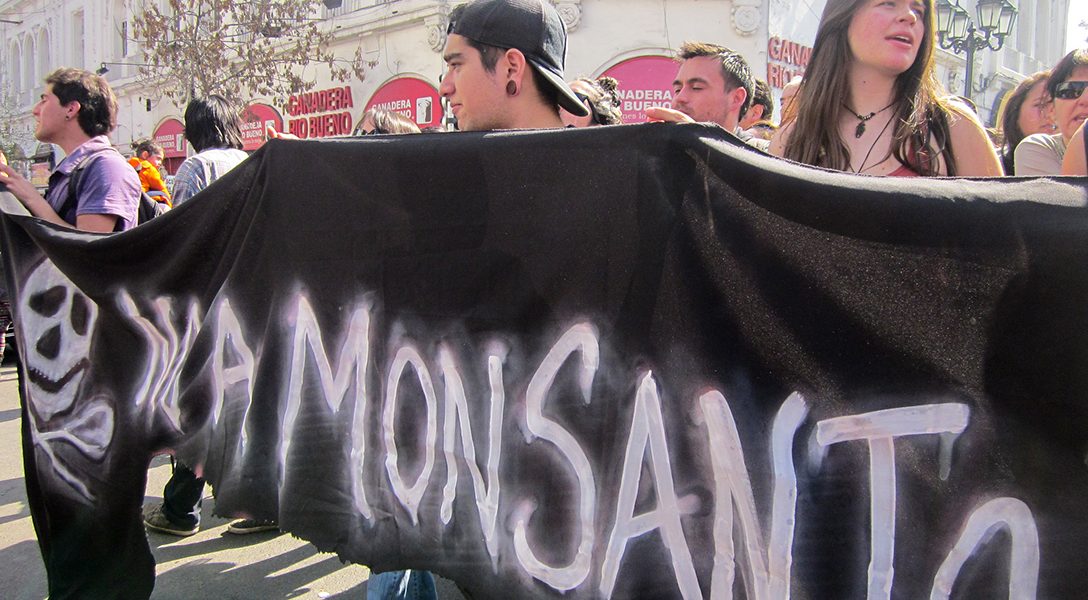 A school groundskeeper claimed Roundup weed killer caused his cancer and was awarded $289 million by a jury in a judgement against Monsanto. The company denies their popular product is to blame, and they will get the opportunity to try and prove that again and again because this case was the first of thousands that have been filed against them. Photo credit: Mapuexpress Informativo Mapuche / Flickr (CC BY-SA 2.0)
Editors' Picks

Crashed: How a Decade of Financial Crises Changed the World – Review (Jimmy)

From the Guardian: “Ten years after the 2008 financial crash comes a compelling analysis of what really happened. Both appalled and captivated, the former Greek finance minister and co-founder of political movement DiEM25 fears we have reached a 1930 moment.”

America Arming the World: US Sells More Weapons in 6 Months Than All of 2017 (Reader Luke)

The author writes, “President Donald Trump’s administration is pushing the defense industry to sell more weapons as part of its drive to grow the US economy, and this determination to put American arms all over the world is paying dividends, at least for the US.”

From Slate: “The Supreme Court nominee’s views are in line with the most radical arguments of the Bush administration.”

From CNN, “Dozens of children, many younger than 15, were killed in a Saudi-led coalition airstrike that hit a school bus in northern Yemen, according to the Houthi-controlled Health Ministry.”