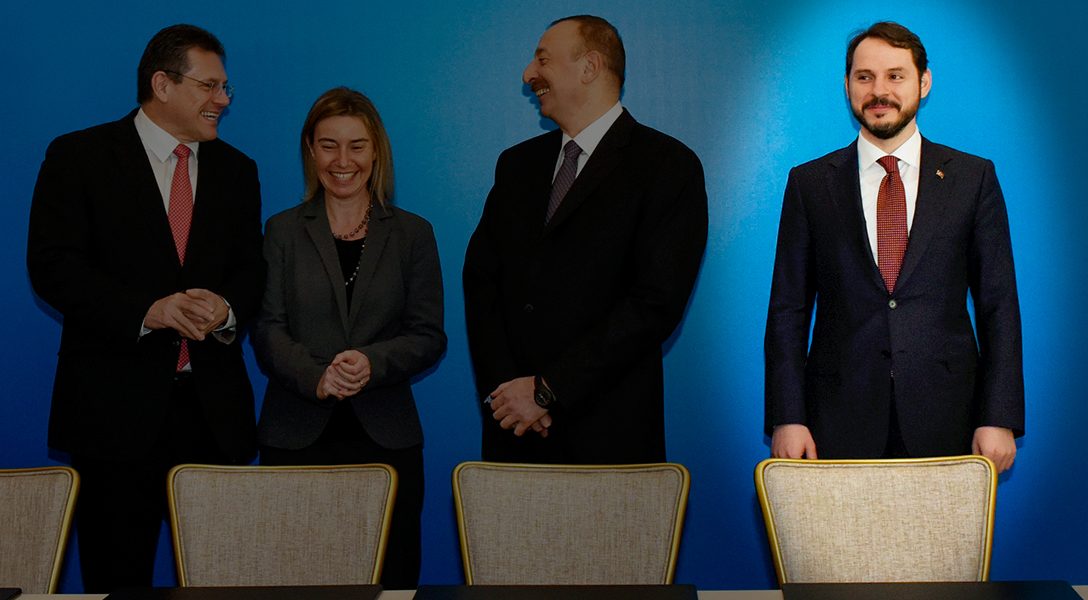 As Turkey's President Recep Tayyip Erdogan tightens his grip on power he is also taking full control of economic policy. Growth in the Turkish economy of 7.4 percent has recently outpaced China. But now the lira is falling, prices are rising, and inflation is 15 percent. Economists are pinning their hopes on Erdogan's 40-year-old son-in-law Berat Albayrak to avoid a crisis. Photo credit: European External Action Service / Flickr (CC BY-NC 2.0)
Editors' Picks

Can Turkey’s Jared Kushner Save the Economy?

Is There a Difference Between Mental Illness and Terrorism? (Dan)

ISIS recently claimed that the Toronto shooter from earlier this week was inspired by their propaganda. His parents claim their son suffered from mental illness. Is there a difference? Is there overlap? This article examines multiple cases.

In the wake of the NY Daily News layoff of journalists, executives are taking the cash — and that appears to be the only strategy at the moment.

The author writes, “Sens. Elizabeth Warren and Bernie Sanders on Wednesday introduced a bill that would essentially wipe out tens of billions of dollars of Puerto Rico’s $73 billion in outstanding debt.”

The author writes, “More than 200 people have been killed in a brutal surprise offensive by Islamic State in Syria that involved multiple suicide bombings and simultaneous raids in which militants stormed villages and slaughtered civilians.”

The author writes, “In a working paper published in May, Ethan Rouen of Harvard Business School and Suresh Nallareddy and Juan Carlos Suárez Serrato of Duke University found that corporate tax cuts provide no income boost for workers making less than $200,000 per year. They do, however, raise incomes for the small number of earners above that income level. The combined effect makes income inequality worse, the authors found.”